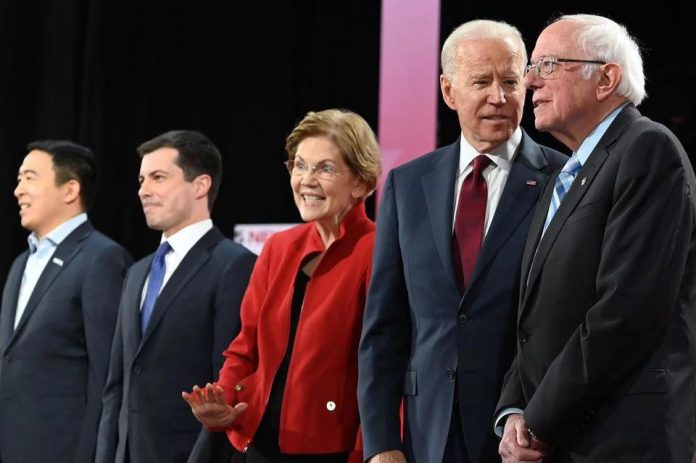 Biden’s firewall among African American voters has helped him maintain high levels of support in national and early state polls.

However, the poll also shows signs of strength for Sanders among younger black Democrats, as he is leading Biden 42 percent to 30 percent among African Americans under the age of 35. The Vermont Independent has long banked on strong support from younger Democrats. Biden, however, leads Sanders by a 41 percent to 16 percent margin among black Democrats ages 35 to 49 and gets a whopping 68 percent support among those aged 65 and older.

The poll flashes warning signs for several other top- and middle-tier candidates who have thus far failed to gain traction among the crucial voting bloc.

The poll is one of the most comprehensive to date of a demographic that typically plays an outsize role in determining the Democratic presidential nominee. Biden gets the support of 58 percent of black Democrats in the South, a region with disproportionately high numbers of African Americans that helped propel both Barack Obama and Hillary Clinton to the presidential nominations in 2008 and 2016.

African Americans surveyed by the Post pointed to Biden’s association with Obama and his perceived electability as the chief reasons for their support.

Biden “is the candidate that can try to get this country back on track, because we are way out of control,” said Eula Woodberry, a retired school district budget analyst in Dallas. “He’s levelheaded. I think he’s experienced, and I think he will look at the big picture. … He’s the type of person who can serve as the nucleus to bring people back together.”

“You know he was vice president under Obama. You know his experience. I trust him. I believe him. I think he’s the only person among the Democrats who can defeat Trump,” agreed Edward Phillips.

The Post-Ipsos poll surveyed 1,088 non-Hispanic black adults from Jan. 2 to Jan. 8 and has a margin of error of 3.5 percentage points.