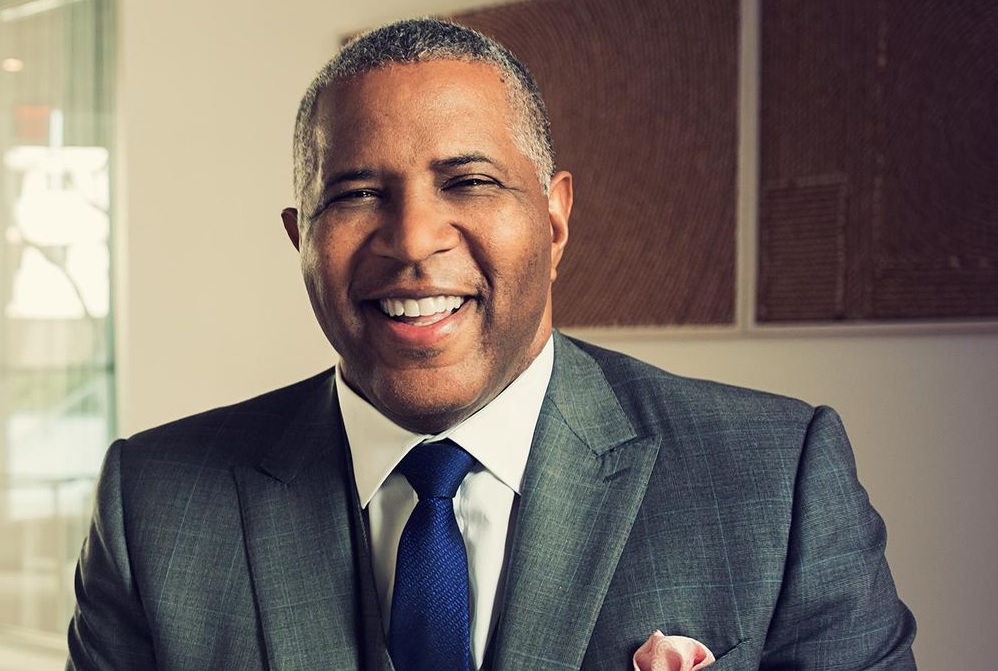 Robert F. Smith wants corporations to pay up. In an interview with Reuters, the billionaire says that companies should acknowledge the role they’ve played in the nation’s slave trade.

“I think that’s going to be a political decision that’s going to have to be made and decided upon,” Smith, the owner and CEO of the private equity firm Vista Equity Partners, told Reuters. “But I think corporations have to also think about, well, what is the right thing to do?”

Smith insisted that corporations are key to addressing some of the historic inequalities from the transatlantic slave trade that still impact African Americans, particularly when it comes to economic parity.

Since the deaths of George Floyd, Ahmaud Arbery and Breonna Taylor made national headlines and precipitated global protests, more corporations have aligned themselves with the Black Lives Matter movement– at least in words. But Smith says corporate America along with government entities need to foster partnerships to bring Black Americans to the economic table.

“People are saying now, what can I do to make real systemic change and eliminate and eradicate racism in America?” Smith said. “That is an outgrowth of the protest and the realization that this racism is unjust and can’t stand.”

Smith added that corporations can do more to create change if they approach the situation thoughtfully given that they profit off of and are often impactful in Black communities.

“[They can] can bring their expertise and capital to repair the communities that they are directly associated with in the industries in which they cover,” Smith said.

Smith, the first African American to sign Bill and Melinda Gates‘ Giving Pledge to give away most of his money before he dies, has done his part. He promised to donate $34M to Morehouse graduates to eliminate their student debt at their graduation in 2019.

Smith said that while the average small business has two months of working capital, Black businesses have just two weeks. The coronavirus pandemic laid bare those inequities as Black businesses struggled for access to Paycheck Protection Loans (PPP) available via the CARES Act, and many already undercapitalized Black-owned businesses have been forced to close.

“How do we restore, repair and regenerate the economic activity in these communities utilizing the force of the U.S. government and business and partnerships?” Smith said to Reuters.

Because of the increased awareness of racial and economic inequities, Smith declared now may be the time.

“The allies weren’t as widespread,” the 57-year-old said of his own experience growing up Denver, Colorado. “Employees of companies are also going to hold the leaders accountable to do something about it. We have a chance for systemic change.”