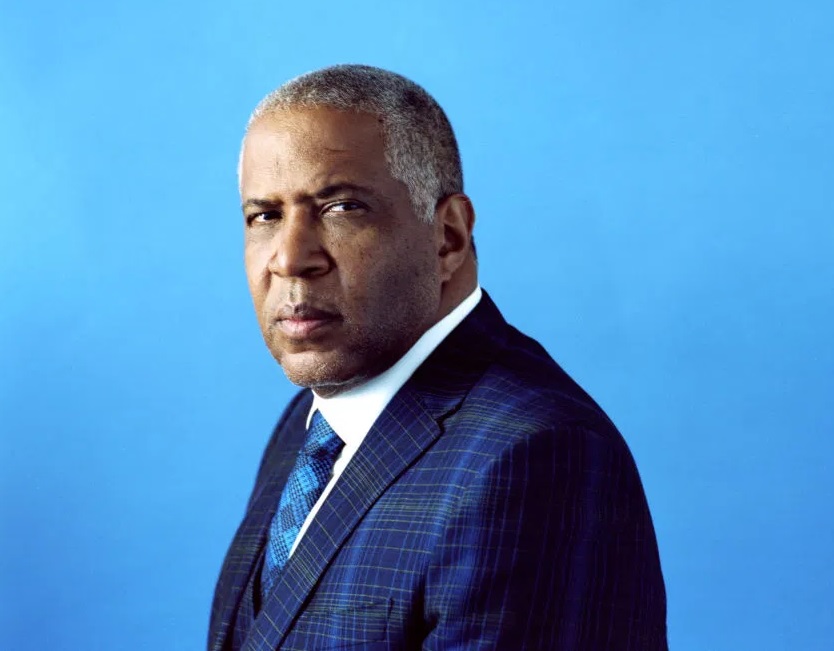 The country’s richest Black person has some thoughts on how corporate America can address structural racism. According to Forbes, Robert F. Smith believes that big banks and major companies should spend the next 10 years investing directly in technology, education, telecom, banking and healthcare infrastructures that support Black communities. Smith went as far as to say that large corporations should spend 2 percent of their annual net incomes over the course of a decade to achieve this goal.

Smith’s comments came after circulating a plan among CEOs that calls on big banks to capitalize on the financial institutions that cater to Black-owned businesses and entrepreneurial ventures. Smith called the process “reparative” capital in a keynote address he gave at the Forbes 400 Summit on Philanthropy last month. He pointed out that most Black communities have been shunned by large banks and they lack the capital necessary to build businesses and local institutions.

“Nowhere is structural racism more apparent than in corporate America,” Smith explained. “If you think about structural racism and access to capital, 70% of African American communities don’t even have a branch, bank of any type.”

Smith, whose net worth is estimated to be $5 billion, is the founder of Vista Equity Partners, the nation’s biggest private equity firm specializing in software transactions. He argued that big corporations should consider the 2 percent donation because of the racially exclusionary practices of various industries over many decades. He noted that the average American household charitably donates 2 percent of its income annually and he believes corporate America should do the same for Black groups.

Smith encountered structural racism in banking firsthand during the coronavirus pandemic when he tried to assist Black businesses and banks that help Black communities obtain Paycheck Protection Program loans. Smith learned that Black-owned businesses encountered various structural obstacles and, as a result, they had issues accessing the emergency financing being provided by the federal government through the banking sector.

“The balance sheets of the nation’s 4,700 banks are made up of $20.3 trillion of assets, but only 21 of those banks are Black-owned or led, and they have total assets of just $5 billion, less than 1% of America’s commercial banking assets. Blacks make up 13% of the population of the United States.”

Smith said in his address that the net income of the ten largest U.S. banks over the last ten years was $968 billion. He figured that just 2 percent of that would amount to $19.4 billion, which could be used to fund the core Tier 1 capital of community development banks and minority depository institutions that mostly service Black communities. Smith also said that the capital could be donated in a tax-advantage way to a nonprofit entity that could distribute the core bank capital.

Smith said he believes the federal government could accelerate the effort by leveraging up the provided capital with the Term Asset-Backed Securities Loan Facility the Federal Reserve created to support consumer and business credit during the pandemic.

“The deprivation of capital is one of the areas that creates a major problem to the enablement of the African American community,” Smith explained to the more than 200 top philanthropists who attended the 9th annual Forbes philanthropy summit, which was held on Zoom this year. “The first thing to do is put capital into those branch banks to lend to these small businesses to actually create an opportunity set…drive it into these small businesses, which employs 60%-plus of African Americans.”

Smith’s proposal would be a private-sector solution to reparations, and he says the 2 percent funds from the major companies could be used to execute things like strengthen healthcare infrastructure in Black communities, equalize broadband access, fund STEM education at historically Black colleges and digitize Black small businesses. Smith’s plan also calls for telecom and tech sectors to provide money to help prepare 180,000 students at historically Black colleges for jobs and careers of the future.

“What a brilliant idea and something that is very doable,” Liggins said. “Its great to see leadership like this coming from the highest levels of the African American business community.”