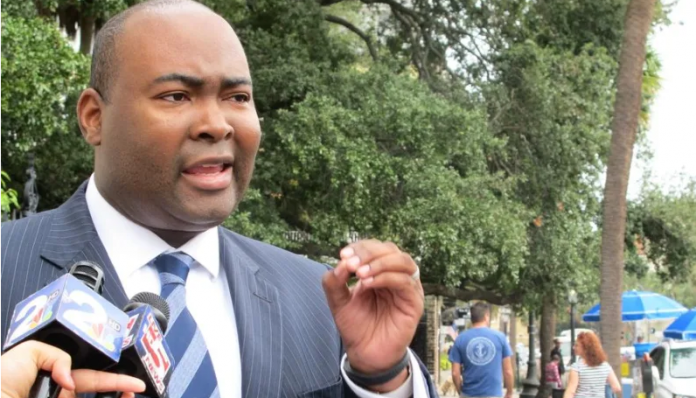 South Carolina Democrat Jaime Harrison is running to oust Senator Lindsey Graham from the seat he’s held for three terms. Recent fundraising numbers are showing he just might have a shot.

The Hill reports that Harrison raised over $3.5 million over the last three months. Harrison’s campaign has touted that this is the most any Democratic candidate has raised in South Carolina’s history. He received donations from voters across all of the state’s 46 counties according to his campaign. The $3.5 million breaks down into 112,000 different contributions with donations averaging out at around $27. His campaign will start 2020 with $4.6 million cash on hand. Graham has yet to finalize it’s fundraising for the last quarter. Graham’s campaign noted in October that it had raised $3.29 million over the third quarter and ended it with $8.4 million cash on hand. While Harrison has made significant progress, he is still the underdog in this fight.

According to his campaign site, Harrison, 43, was born and raised in South Carolina. He was the son of a single teenage mother and was raised by his grandparents. He went to Yale on a scholarship and attended Georgetown Law. He served as an aide to Congressman James Clyburn before being elected as the first African American chair of the South Carolina Democratic Party in 2013. He launched his bid for Senate in May of 2019.

It goes without saying that this won’t be an easy fight. In 2014, Graham won re-election by over 15 points and in 2016 Trump won the state by over 14 points. While on a national scale most Americans disapprove of the impeached President, it remains to be seen how this will affect the Republican politicians who seem to constantly stroke his ego. Still, it is heartening to see that Graham might actually have a challenge on his hands when it comes to reelection.