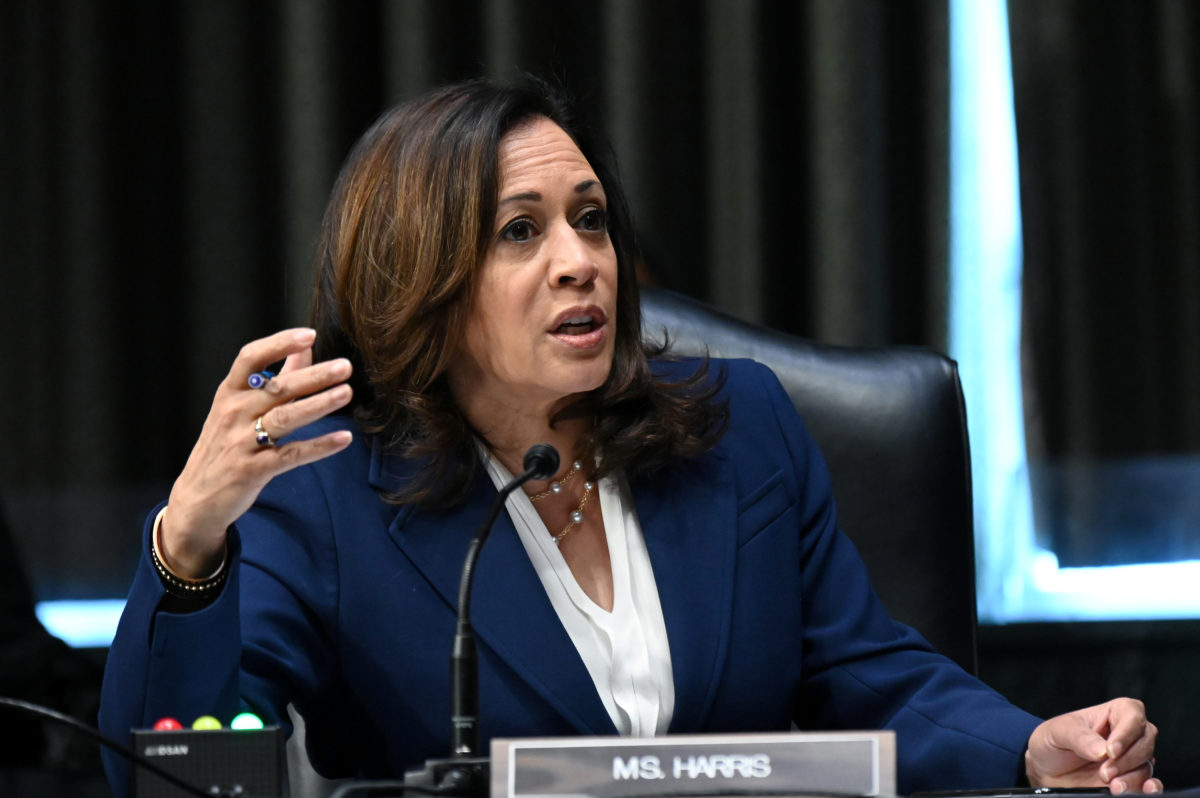 Black community and political leaders called on President Donald Trump to at least change the Juneteenth date for a rally kicking off his return to public campaigning, saying Thursday that plans for a rally on the day that marks the end of slavery in America come as a “slap in the face.”

Two Trump campaign officials expressed surprise at the strong objections to the date, but said Thursday the campaign is not considering changing it.

From Sen. Kamala Harris of California to Tulsa civic officials, black leaders said it was offensive for Trump to pick that day — June 19 — and that place — Tulsa, an Oklahoma city that in 1921 was the site of a fiery and orchestrated white-on-black killing spree.

This isn’t just a wink to white supremacists—he’s throwing them a welcome home party. https://t.co/lUXpnUoFQU

“To choose the date, to come to Tulsa, is totally disrespectful and a slap in the face to even happen,” said Sherry Gamble Smith, president of Tulsa’s Black Wall Street Chamber of Commerce, an organization named after the prosperous black community that white Oklahomans burned down in the 1921 attack.

At a minimum, Gamble Smith said, the campaign should “change it to Saturday the 20th, if they’re going to have it.”

Trump announced the rally plan as he met with a handful of African American supporters on Wednesday afternoon. It comes as his harsh law-and-order stance appears to fall increasingly out of sync with a growing concern over police abuse of African Americans after the killing of George Floyd in Minneapolis.

“As the party of Lincoln, Republicans are proud of the history of Juneteenth,” said Katrina Pierson, senior adviser to the Trump campaign. “President Trump has built a record of success for Black Americans, including unprecedented low unemployment prior to the global pandemic, all-time high funding for Historically Black Colleges and Universities, and criminal justice reform.”

The Trump campaign was aware in advance that the date for the president’s return to rallies was Juneteenth, according to the two campaign officials, who were not authorized to speak publicly about internal discussions and spoke on condition of anonymity.

When the date was discussed, it was noted that Biden had held a fundraiser a year ago on Juneteenth. Though choosing June 19 was not meant to be incendiary, some blowback was expected, the officials said. But the campaign was caught off guard by the intensity, particularly when some linked the selection to the 1921 race riot in Tulsa.

The campaign picked Tulsa’s BOK Center, with a listed seat capacity of 19,199. The arena’s Facebook page shows organizers calling off shows there by country singer Alan Jackson and other performers into mid-July, citing the coronavirus pandemic.

Arena marketing director Meghan Blood said Thursday she didn’t know yet about any plans for social distancing or other coronavirus precautions for Trump’s rally, which would be one of the larger public gatherings in the U.S. at this stage of the outbreak.

The campaign officials said the Trump campaign picked Oklahoma because arrangements could be made quickly, for a variety of reasons: Oklahoma has a Republican, Trump-friendly governor; the state is not seeing huge numbers of coronavirus cases; and the arena was “turn-key” and could easily be opened for the rally. Moreover, the rally will be held up the turnpike from a district held by Rep. Kendra Horn, one of the Democrats the GOP feels is vulnerable this fall.

Campaign officials also wanted to hold the rally where they could all but guarantee a big crowd despite coronavirus concerns, according to the officials. Oklahoma is one of the most Republican states in the nation and Trump has not held a rally there as president, so it will likely deliver an enthusiastic audience eager to see him, the officials believed.

Tulsa, an oil center along the Arkansas River in the northeast of the state, has had its own marches, viral videos and problematic police actions during this month’s unrest.

On Tuesday, Tulsa police released video and said they were investigating officers who handcuffed and arrested two black teenagers for jaywalking. Video of the June 4 incident showed officers forcibly pinned one of the two unidentified teens stomach-down on the ground.

“You can breathe just fine,” the officer replies.

On Monday, a Tulsa police major played down police shootings of African Americans nationally by telling a radio show that statistically, “we’re shooting African Americans about 24% less than we probably ought to be, based on the crimes being committed.”

And on Wednesday, the same day Tulsa Mayor G.T. Bynum welcomed news of Trump’s rally pick as evidence of the city’s progress against COVID-19, Bynum apologized for recent remarks about a 2016 Tulsa police killing of an unarmed black man. Bynum had said the killing was “more about the really insidious nature of drug utilization than it is about race.”

Nationally, as research brings to light more about the 1921 massacre and its victims, Tulsa increasingly has become associated with the rampage in which white Tulsans razed a thriving black business community, killing as many as 300 people. Long dismissed by generations of white Tulsans as a race “riot,” the May 31-June 1 events were marked this year by community memorials.

Oklahoma’s black Democratic Party state chairwoman also condemned Trump’s rally plan. “A day set aside to commemorate the freedom of enslaved people must not be marred by the words or actions of a racist president,” Alicia Andrews said.

Community groups had earlier canceled a main Tulsa Juneteenth celebration because of the coronavirus pandemic.

Some black Tulsans said they planned to turn out for public protests of Trump on that day. “There’s definitely going to be demonstrating,” Gamble Smith said.