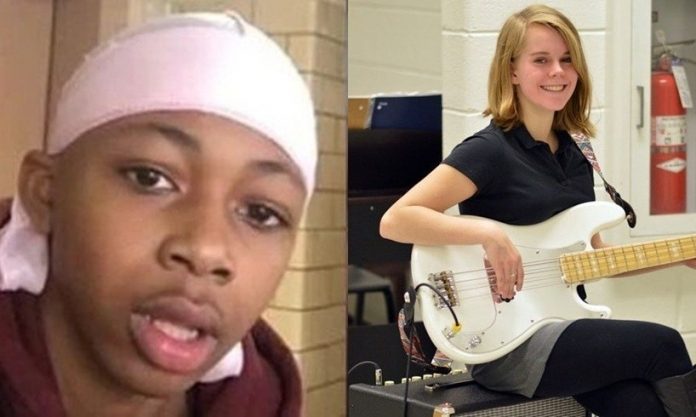 A suspect has been arrested and charged in the murder of Barnard College student Tessa Majors. The 19-year-old was brutally stabbed while in Central Park after a group of young teenage boys attempted to rob her. According to the New York Daily News, 14-year-old Rashaun Weaver was charged as an adult with murder and robbery on Saturday for the Dec. 11 mugging-gone-wrong, police said.

Following what authorities said was a “a high-profile slaying that led to an extensive investigation,” Weaver was apprehended by police on Friday in the lobby of the Taft houses in Harlem.

“It’s been a long difficult process from Dec. 11 when Tessa Majors was murdered, but we are confident that we are delivering a measure of justice in announcing the grand jury indictment and subsequent arrest of one of those involved in the killing,” said NYPD Commissioner Dermot Shea when announcing the arrest at the NYPD headquarters.

Per the report, Manhattan District Attorney Cy Vance Jr. said that there was “substantial DNA evidence” that linked the 14-year-old to the crime. Weaver initially hid from police following the grisly killing. After being picked up by police, the teen was held overnight in New York City’s Fifth Precinct prior to being arraigned Saturday in Manhattan Criminal Court.

“This arrest is a major milestone on the path of justice for Tessa Majors,” said Vance. “The journey to reach that milestone today was not a sprint, but rather a painstaking and meticulous search for the truth. We determined that on day one that whatever the opposite of a rush to judgement is, that is how this investigation will proceed.”

An arrest was made prior to Weaver’s. Zyairr Davis was picked up by police on the afternoon of Dec. 12 in the lobby of a building near the scene where the killing took place. He was allegedly wearing the same clothes that matched the description of the clothing associated with Majors’ attacker.

Davis was picked up for loitering, but police found a knife on him and took him in for questioning. That is when he confessed. It was unclear if the knife recovered was the murder weapon. Davis told police that his friend “dropped a knife” as they, along with a third male suspect, attacked the college freshman. He was questioned without an attorney present.

He is currently being held at a juvenile detention facility and is facing murder, robbery and weapon possession charges, the Daily News reports.

Another teen was questioned with a guardian and attorney present and was released.