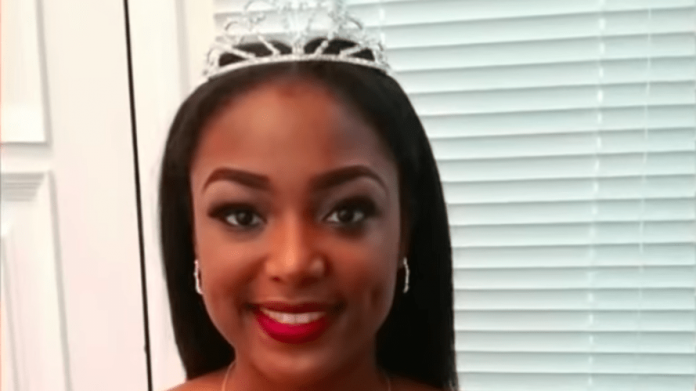 Authorities have recovered the body of a Georgia college student who was missing since Valentine’s Day.

The Georgia Bureau of Investigation confirmed that the body of 23-year-old Anitra Gunn was found Tuesday afternoon in Crawford County, near the Peach County line. The area is in central Georgia, about 100 miles south of Atlanta.

Anitra Gunn was an agriculture student at Fort Valley State University. Her father, Christopher Gunn, had told news outlets that he last spoke with his daughter to wish her a happy Valentine’s Day.

Her disappearance was first reported after hours went by without Gunn responding to calls and texts from her friends, leading police to conduct a welfare check at her apartment, according to WMAZ-TV.

“She never texted them back, didn’t call them back. That’s when we knew something is definitely out of whack,” her father told the news outlet.

The Fort Valley Department of Public Safety said she was last seen Feb. 14 around 11:30 a.m. just outside Fort Valley. The next day, her car was found in a neighbor’s yard with the bumper missing.

Peach County Sheriff Terry Deese told reporters in a news conference Tuesday evening that law enforcement officials were able to narrow their search based on bushes and sticks found in the grill of her car.

Deese said authorities found Gunn’s body around 3:20 p.m. partially covered with tree limbs “as if someone tried to hide it” alongside a part of the missing bumper.

Police arrested Gunn’s boyfriend, 23-year-old Demarcus Little, and charged him with criminal damage to property for a Feb. 5 incident where they say he smashed Gunn’s apartment windows and slashed her car tires.