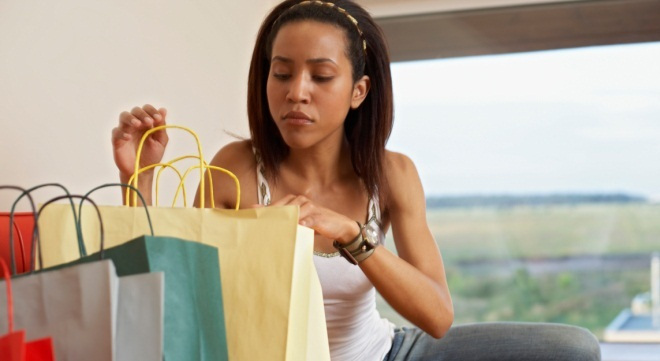 Customers may have to return an item for any number of reasons. And while this is mostly seen by retailers as a cost of doing business, few people are aware that in many cases their returns are being tracked and those instances are being tabulated into a score.

In some cases, customers may face being banned from making further exchanges, according to a  new report in the Wall Street Journal. Returning high-theft items (like flat-screen TVs) or too many items within a short window can ding your customer score or rating, the report says.

One customer who took three cellphone cases back to the returns desk at a Best Buy in Mission Viejo, California, was told that he would be barred “from making returns and exchanges” from the store for one year, the Journal reports.

Much of this can be traced back to an Irvine, California-based company called The Retail Equation (TRE), which records and scores customers’ return activity. The company’s services are used in more than 34,000 stores, according to the report.

While businesses have long tried to keep track of customers who exploit their return policy guidelines, what’s interesting about TRE is that the firm has been given the authority to enforce return policies on the behalf of many of its clients, with penalties ranging from year-long banishment to barring exchanges altogether.

The Retail Equation boasts that it uses a number of analytical tools to help retailers cut down on fraud and ” identify the approximately 1% of consumers whose behaviors mimic return fraud or abuse.”

One of TRE’s most common anti-theft products is Verify Return Authorization, “which uses statistical modeling and analytics to detect fraudulent and abusive behavior when returns are processed at retailers’ return counters,” the company says on its site.

“Good” customers are also rewarded by retailers’ use of TRE’s software at the point of sale or return, the company says. On its website, the firm advertises a way for consumers to get a copy of their Return Activity Report.

Retailers are stuck between worlds when it comes to returns. Because of the rise of abuse, many merchants, especially big ones, have had to tighten their return policies in recent years. Meanwhile, online retailers are conditioning customers to expect lenient return policies.

Appriss Inc., the Louisville-based data analytics firm that owns TRE, told the Journal that many stores have delegated return policy decision-making to them.

“We are hired by the retailers to review the returns, look for suspicious situations and issue approvals, warnings or denials,” Tom Rittman, an Appriss marketing vice president, was quoted as saying. “You could do things that are inside the posted rules, but if you are violating the intent of the rules, like every item you’re purchasing you’re using and then returning, then at a certain point in time you become not a profitable customer for that retailer.”

This is how the system works, according to TRE: When you go to make a return, the salesperson will scan the original receipt and/or swipe your license or ID to verify your identification and your unique “return behavior.”

These unique parameters stay with you as you return merchandise you bought in-store or online. TRE uses this data to compare things such as frequency of your returns, purchase history and dollar amount against a threshold set by the retailer.

If your “risk score” comes back below that threshold, the salesperson will be directed to deny your return or state that your next one will not be permitted or be on some other conditional basis.

Now that you know that a third party may not only be tracking your return, but also deciding whether to accept it not, you can make the best decision on how to contest that decision in the event that you are denied and contact TRE at [email protected]