DefenderNetwork.com
Home NEWS Business What businesses can expect from the Phase 4 stimulus package 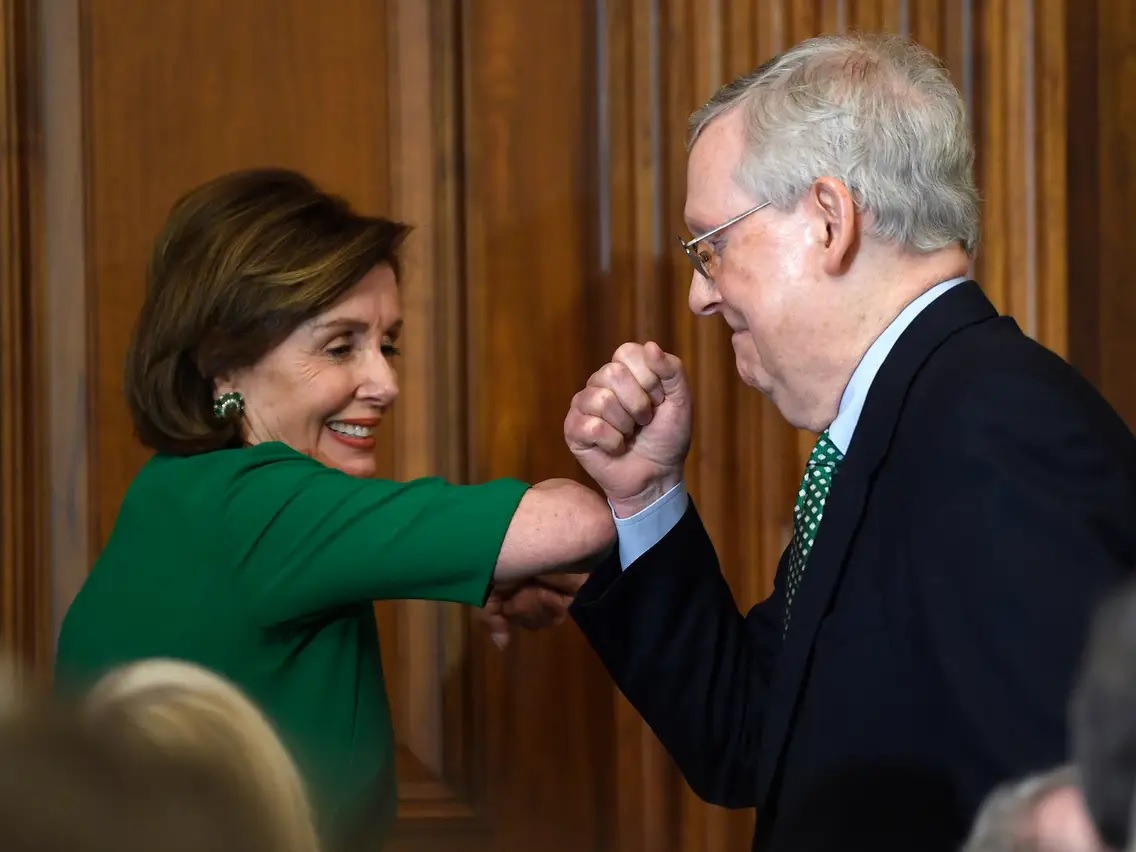 With prior stimulus measures set to expire in the next few weeks and the economy continuing to falter as the pandemic resurges across the country, Congress will meet this week and next to hammer out a new relief measure.

The House already passed its Phase 4 bill, known as the Heroes Act, in May. The $3.5 trillion coronavirus relief bill would provide assistance to state and local governments, extend enhanced unemployment benefits, and offer additional economic impact payments to taxpayers, among other things. The bill has been up for review since early July, though Senate Republicans, who prefer a measure with a far lower price tag, have been loath to consider it. They’re expected to introduce their own version of a relief bill this week that will have to be reviewed and negotiated between the two chambers before they recess in early August.

Several economic proposals that will affect small and midsize businesses have been building consensus among lawmakers for weeks, so the final version of the Senate bill could contain elements of all of them.

Here are six things you likely can expect from the Phase 4 bill.

1. The PPP will go on, but in a different form.

The Paycheck Protection Program, the $669 billion forgivable loan program aimed at beleaguered small businesses, will continue, predicts Neil Bradley, the U.S. Chamber of Commerce’s executive vice president and chief policy officer. At the very least, he says, there will be a continuation of the program, which was recently extended through August 8.

It’s also possible the PPP will become more targeted. Testifying at a House Small Business Committee hearing Friday, Treasury Secretary Steven Mnuchin expressed interest in “topping off” the approximately $130 billion in remaining funds and extending the program. But he noted that it would need to be focused on certain industries like hotels and restaurants that can demonstrate actual losses, resulting from the pandemic. “This time we need to do a revenue test,” he said.

A proposal that has been gaining ground with lawmakers, dubbed the Prioritized Paycheck Protection Program Act, or P4, offers to extend the PPP and open it up to companies that already received PPP loans (excepting for publicly traded companies), as long as they can show financial losses as a result of the pandemic.

There’s been widening support for streamlining the PPP forgiveness process, too. While certain loans are now eligible for the EZ loan forgiveness application, there’s greater interest in easing things further for smaller businesses by automatically forgiving all PPP loans under $150,000 or $250,000. On that note, Mnuchin at Friday’s Small Business Committee meeting confirmed interest in blanket forgiveness. “Yes, that’s something we should consider,” he told lawmakers.

2. Local communities will get a boost.

The next iteration of relief funding likely also will focus on companies in low-income and rural areas, as well as minority-owned businesses, which experienced difficulty accessing the PPP. Bradley notes that the Recharge and Empower Local Innovation and Entrepreneurs Fund (RELIEF) for Main Street Act would earmark $50 billion for cities, counties, and states to support small business local relief funds. One of the key flaws of the PPP is that it failed to reach the smallest businesses and minority-owned companies that often did not have traditional banking relationships prior to the pandemic. As this program would be run through local institutions–and not banks–the effort is seen as potentially better suited to reach these businesses. While the U.S. Treasury would operate the program, as written in the bipartisan bill introduced in the Senate in mid-May, banks would not be involved.

Currently, PPP funds don’t count as taxable income, but an Internal Revenue Service ruling prevented businesses from being able to deduct traditional business expenses paid for by those funds if forgiven. That may change soon. A bill that would allow the deduction with some guardrails, called the Small Business Expense Protection Act, was introduced in the Senate in early May.

The Phase 4 bill also is expected to bolster and expand access the Employee Retention Tax Credit (ERTC), says Bradley. Currently, companies that have tapped the PPP can’t access the ERTC, which was enacted as part of the Cares Act to incentivize businesses hurt by the Covid-19 pandemic to retain employees. As part of a proposal, dubbed the Jumpstarting Our Businesses’ Success Credit (or JOBS Credit) Act, which was introduced in May, the refundable tax credit–now equal to 50 percent of up to $10,000 in qualified quarterly wages–would increase to 80 percent of up to $15,000 in wages each quarter for up to three quarters. Bradley adds that there’s also potential for the ERTC to expand eligible expenses to include a limited amount of fixed costs.

4. Stimulus checks will be back but they may be less generous.

The Heroes Act passed by the House supports another round of stimulus checks that the Cares Act authorized in March for millions of taxpayers: individuals earning under $75,000 would get $1,200, while married couples with less than $150,000 in adjusted gross income would get $2,400. The bill also would provide an additional $1,200 for up to three dependents, regardless of age.

5. Enhanced unemployment benefits will continue, but get a haircut.

The Cares Act’s enhanced unemployment insurance, which offered an additional $600 per week on top of existing state benefits, is set to expire at the end of July. Many employers found the measure complicated the task of rehiring employees, who were suddenly earning more on unemployment than at their former jobs.

To avoid that issue–but also ensure laid off or furloughed workers have support–Bradley says that lawmakers are considering more targeted subsidies that would vary the amount offered on a federal level to better coordinate with what’s available at the state level. So between the variable federal supplement and those provided by each respective state, unemployment benefits would replace 80 to 90 percent of a worker’s former wages, up to a maximum federal benefit of an additional $400 per week.

The enhanced benefits also may come with a hiring bonus. The Paycheck Recovery Act, proposed in mid-May, offers low-wage workers–those earning less than $40,100 annually–a $1,500 rehiring bonus upon returning to work.

Senate Majority Leader Mitch McConnell has made no secret of his desire to see greater liability protections for employers. The details of his approach are still unclear, though Bradley says it’s likely that the Phase 4 bill will allow for some form of safe harbor for companies that make good-faith efforts to follow public-health guidelines.