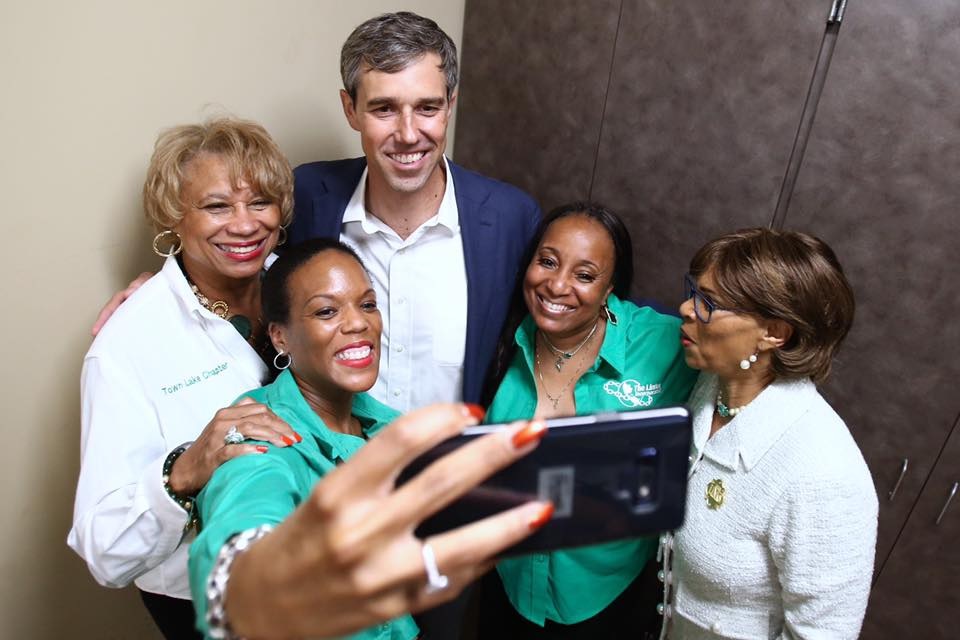 Today, the Texas Democratic Party, Powered By People, and the Texas Coalition of Black Democrats announced its joint Black Voter Outreach Program aimed to reach out and contact every Black voter in Texas by Mid-August.

There are currently 1.5 million Black voters in Texas, the largest of any state in the country. Black voters vote overwhelmingly Democratic, but are often underrepresented in outreach and investments by political groups. Harnessing the Black vote is a key for Texas Democrats to win up and down the ballot in November.

With our joint efforts, the Texas Democratic Party, Powered By People, and the Texas Coalition of Black Democrats will reach Black voters where they are and build and harness the power of our movement in such a critical point in Black lives. Engaging and elevating the Black vote could be the difference between winning and losing in November.

Goals for the Program Include:

“The Texas Democratic Party couldn’t be more thrilled to partner with Powered By People and the Texas Coalition of Black Democrats to launch the most expansive Black voter contact program in Texas history. For too long, Black voters have been underrepresented in outreach and investment by organizations that haven’t truly harnessed or understood the power of the Black vote.

“Make no mistake about it, Black voters are the backbone of the Texas Democratic Party. With the social upheaval that we are seeing across the country and Texas, alongwith Black Americans realizing the power of our movement and the power of our voices, there has never been a more important time to come together and support our community. Black voters are the key to winning Texas. Our investments now are going to make the difference between winning and losing in November.”

“We are grateful for the opportunity to join the Texas Democratic Party and Texas Coalition of Black Democrats in this important work. For far too long the votes of Black Texans have been suppressed by Republicans and taken for granted by Democrats. The work of this coalition will address both of these challenges by helping to elect a Democratic majority in our state house, one that will work to end racial gerrymandering and voter suppression, and by individually reaching out to every Black voter in the state of Texas. The leadership TDP and TCBD are showing by leading this effort makes me proud to be a Texas Democrat.”

“Democrats can win Texas this November, and we will win it with increased Black voter turnout. The partnership between The Coalition, TDP and Powered By People is an historic endeavor that has never been done before in Texas or across the nation.

“This statewide outreach to Black Texans will be foundational to the success of Texas Democrats this November. It is a precedent that should be replicated nationally by the DNC and Joe Biden’s presidential campaign.

To read more about the program, click here and here.