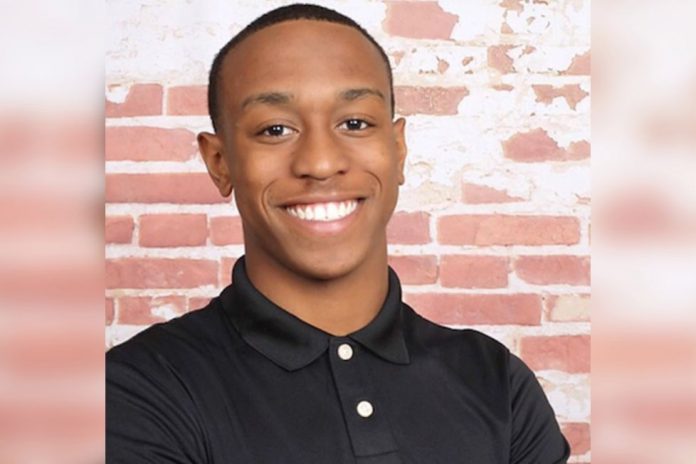 A member of the Eastern Illinois University swim team claims he was falsely arrested by police last year when he was thrown to the ground and held at gunpoint along an Illinois highway.

Jaylan Butler, 20, filed a lawsuit on Sunday against six police officers for the alleged false arrest, unlawful searches and seizure, and excessive force, the ACLU said in a statement on Sunday.

Butler, the only black member of the school’s swim team, was asked by his coach to take a photo of a roadside sign for the team’s social media account.

As he was walking back to the team bus near a rest stop off Interstate 80 several patrol cars pulled up to him and officers approached with guns drawn.

“My dad taught me at a young age what to do when you are stopped by police officers — stop instantly, put your hands up, drop anything you are holding, and drop to your knees,” Jaylan said in a statement.

“I hoped I would never have to use this advice in my life, but all that changed in seconds.”

Butler, then 19, dropped to his knees and put his hands up but was forced to the ground by the officers — with one holding a gun to his head and threatening to “blow his fu–ing head off” if he moved, according to the ACLU.

After the student’s coaches intervened, the officers realized Butler was not the person they were looking for and they released him.

“They never told Jaylan why he was being arrested, even after they realized their mistake,” said Rachel Murphy, a staff attorney at the ACLU of Illinois.

“Instead, it’s clear they based their decision to arrest and harm Jaylan on the fact that he was a young Black man.”

The departments could not immediately be reached for comment.