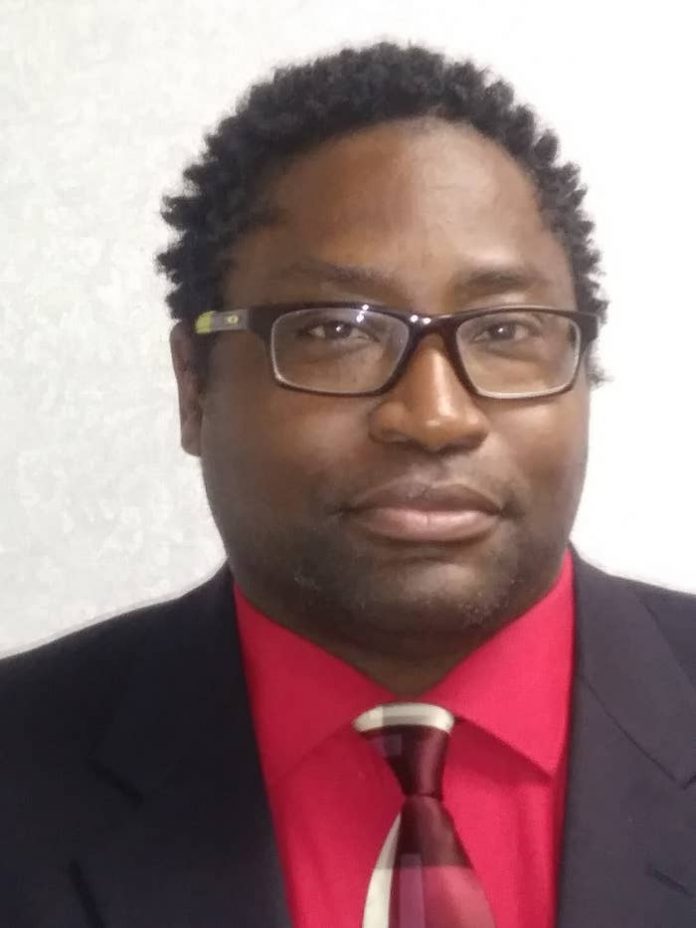 A man who tried to deposit a settlement check from a workplace racial discrimination lawsuit said he was again discriminated against for being black, this time by the bank, who called the police on him over accusations the check was fraudulent.

Sauntore Thomas, a 44-year-old in Detroit, told BuzzFeed News he had just confidentially settled the lawsuit against his former employer, Enterprise Rent-a-Car, when he went to a TCF Bank branch, where he was a customer.

Thomas told the bank staff at the location in Livonia, Michigan, that he would like to open a savings account, deposit his settlement money, and withdraw some cash.

Instead, the assistant bank manager told Thomas the check “verification system” wasn’t working and that she’d have to “call in the checks.” She went to the back of the bank to do so, before returning to say the staff member who verifies checks was not at their desk and she wasn’t sure when they’d be back.

She treated him suspiciously, he said, even asking him how he got the money in the first place. Thomas replied that it came from a lawsuit settlement and said he would wait in the lobby until the absent staff member returned to verify the checks.

“I said, ‘However long it takes, I’ll wait,'” Thomas said. “She said ‘OK’ and walked away. Ten minutes later, the Livonia Police show up.”

Four officers showed up at the bank, Thomas said, and he was questioned about the legitimacy of the checks.

“I said, ‘This is crazy, I literally just got them from my lawyer’s office,'” he said.

Thomas said his mind quickly went to the large number of black people killed during encounters with police, and he did his best to stay calm in a “very stressful and unpredictable situation.”

“I didn’t give them any type of indication that I was getting upset,” he said. “I wanted to make sure I stayed as levelheaded as possible, because I wasn’t going to be the next person on the ground saying, ‘I can’t breathe.'”

Thomas called his lawyer, who spoke to the police and the assistant bank manager. His lawyer provided the workplace discrimination lawsuit documents and the bottom half of the pay stub to prove the checks were real.

“[The assistant bank manager] basically said, ‘We can’t even prove that was your lawyer on the phone we were talking to,'” Thomas said.

“And I said, ‘OK, if you’re going to treat me like this, and I’m a customer, and I have an account. That is not right. There’s no reason why I have to do business with you at all — I have to close my account,'” Thomas said.

Thomas closed his TCF Bank account on the spot, then went to a nearby Chase Bank to open an account. The staff there were able to deposit his checks with no issues, and the money hit his account by the next day.

Now, Thomas has filed a lawsuit against the bank, saying his “race was a factor” in how he was treated at the bank.

Tom Wennerberg, a spokesperson for the bank, told the Detroit Free Press the check could not be deposited as a “void” watermark appeared when the check was scanned. He also denied that the staff treated Thomas in a racist manner, adding that the assistant bank manager is black.

“We disagree with that,” Wennerberg said of the allegations. “We were looking at the behavior, the asks that he was making.”

Wennerberg said Thomas attempted to deposit three checks: one for $59,000, one for $27,000, and one for $13,000. Thomas and his lawyer said they could not comment on the amount, as the lawsuit was confidentially settled.

Wennerberg apologized for the incident and said “police should not have been involved.”

“We strongly condemn racism and discrimination of any kind,” he said. “We take extra precautions involving large deposits and requests for cash and in this case, we were unable to validate the checks presented by Mr. Thomas and regret we could not meet his needs.”

Thomas was not arrested, but an investigation into “possible check fraud investigation” was conducted, according to an email police sent to Thomas’s lawyer, Deborah Gordon.

In the email, police said the issue the bank was having was that “these check(s) appear different than Enterprise Payroll checks so their computer system is telling them that they are fraud.”

Gordon doesn’t buy the explanation and said she believes her client was in fact discriminated against for “banking while black.”

“This is just another classic example of what it’s like living your life as a black male,” she said. “The checks are for real. Why was there an issue? Why could you not verify them? You’re a bank, after all — it’s your job to verify checks.”

“There was no evidence of any crime, nothing for us to investigate,” Lister said.