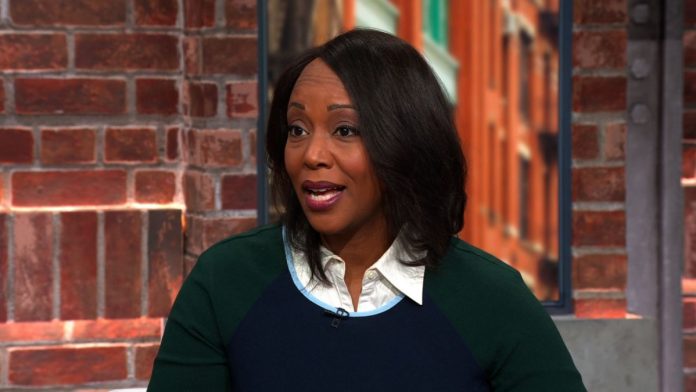 Get ready for the rematch.

The ballots had barely been counted Tuesday night ― showing former Rep. Kweisi Mfume victorious in the Democratic primary to succeed the late Elijah Cummings in Congress ― when several of the leading candidates were bracing to go at it again.

“I look forward to April 28!” Maya Rockeymoore Cummings, the former Maryland Democratic Party chairwoman and Cummings’ widow, told supporters Tuesday night. She was running a distant second as the last votes were being counted.

“I don’t care about the results we saw tonight because this is still about the future,” Rockeymoore Cummings said. “We’ve got work to do.”

State Sen. Jill P. Carter, who was close behind her in third, also vowed to fight on.

“Whatever the numbers say, this movement shows there’s a clear hunger out there for something new, someone more progressive and, frankly, for a historic first congresswoman in the 7th District,” Carter said at her campaign party in Mount Vernon. “There’s a clear distinction between my policy platform and the type of congresswoman I would be versus what the former congressman would be.” 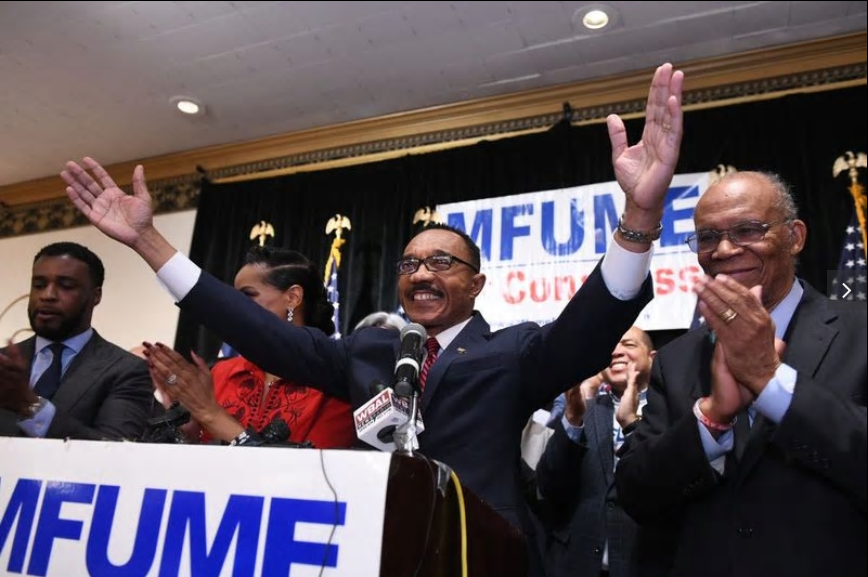 Mfume now has to run two races for the 7th Congressional District, which includes parts of Baltimore City, Baltimore County and Howard County.

One race is against the Republican nominee, Kimberly Klacik, in a special general election April 28. That election will determine who fills the remainder of Cummings’ term, which ends Jan. 3.

In a deep blue district where Democrats outnumber Republicans 4 to 1, Mfume will be heavily favored.

At the same time, Mfume will once again battle Carter, Rockeymoore Cummings and other Democrats in the regular Democratic primary — also to be held April 28. The winner of that will be the party’s nominee to run in November for the new two-year term in Congress that starts in January.

It’s a confusing situation that could produce two different winners. But one thing’s for certain, Mfume now has momentum. He won by a wide margin Tuesday and is now a heavy favorite for victory again in April.

“The winner tonight comes out of the special election with a certain amount of momentum that should help with fundraising and an earned media boost,” said Rick Abbruzzese, partner at the political consulting firm KO Public Affairs.

Thirty-two candidates ― 24 Democrats and eight Republicans ― competed in Tuesday’s special primary. Those who don’t wish to move forward in April have two days to drop out, under a new bill signed into law by Gov. Larry Hogan.

The electorate in April is likely to be much different from Tuesday’s voters, many of whom are considered political junkies or so-called “super voters” who cast ballots in every election reliably.

Those coming to the polls in April also will be voting for president, mayor, City Council and other races expected to drive up turnout.

Mfume, on Tuesday evening, encouraged his rivals to join him.

But Rockeymoore Cummings said a different electorate awaits in April.

“We expect the electorate to actually triple in size,” she said. “There will be a different demographic, more people of all ages. This race skewed older … But April is going to be a completely different electorate, so we are going to be going for broke, making sure that we are appealing to all demographic groups and getting out there and mobilizing.”

And Carter fired up her supporters even as Mfume’s victory speech was broadcast across television.

“What are we doing in April?” one of her supporters yelled out, igniting another chant of, “Jill on the hill!”

“They say I’m a fighter. I’m like a dog with a bone, and I never give up until I win,” Carter said. “I do believe that we’re going to walk together to the halls of the Congress of the United States of America.”

Howard County Del. Terri Hill, who finished fourth in the Democratic field Tuesday, also vowed to fight on, pointing out she won her home county and could build off that performance.

“I entered this race against candidates with higher name recognition, money and media exposure and yet, here I am, fourth in a field of 24 and the only candidate other than Kweisi to win a jurisdiction,” Hill said. “I have the momentum.”

Former state Sen. Clarence Mitchell IV, who hosts the “C4” show on WBAL radio, said the winner of Tuesday’s special election isn’t necessarily a sure thing for the regular primary.

Mitchell argued that candidates who blew through their campaign funds could have hurt themselves headed into April.

“The April 28th election will require a really ramped-up campaign,” Mitchell said. “A lot of people running understand this is the preseason and the regular season is in April.”

Tiffany Cross, a fellow at the Harvard Institute of Politics, said strategic voting will come into play in April. Mfume will have support flowing to him because the electorate will see him as a winner. But that doesn’t necessarily guarantee him a win, she said.