DefenderNetwork.com
Home NEWS National Dems vote: What the polls show for Biden and Sanders in Michigan,... 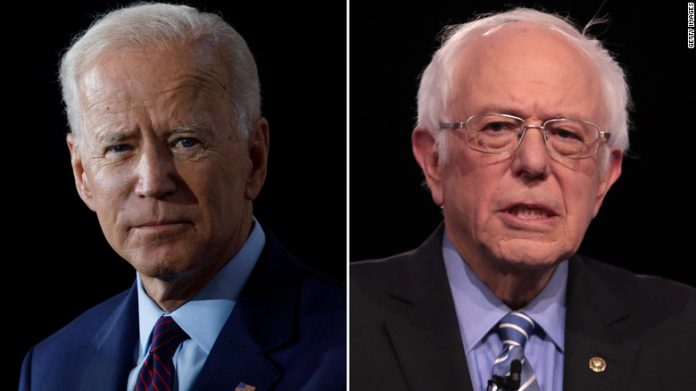 Democrats in six states will vote for a nominee on Tuesday, when more than 350 delegates are at stake.

Joe Biden has been rising in the polls since his Super Tuesday surge — when he won 10 states, building on a decisive victory in South Carolina — but Bernie Sanders will compete in several states that handed him victories in 2016.

Here’s what the latest polls show could happen:

Still, the Free Press noted, Sanders overcame a similar polling margin to win the state four years ago: The paper’s 2016 survey by the same pollsters gave Hillary Clinton a 25-point lead, but Sanders eventually won by 1.4 percentage points thanks to an unexpected surge of younger voters.

Biden has a narrow lead in Washington after eroding Sanders’ early lead with his Super Tuesday momentum. According to the RealClearPolitics polling average, Biden’s up by 2 points over Sanders.

The progressive-leaning state has 89 delegates — it’s the second-biggest trove of the day after Michigan — and Sanders won it handily in 2016.

Missouri: Biden up by double digits

Biden’s got another substantial lead in Missouri, where the RealClearPolitics polling average has him up by 18.6 points. His lead appears to have expanded in the days since Super Tuesday, too.

There hasn’t been much polling in Mississippi, but Biden is heavily favored to win by a large margin, in part because of the state’s high turnout from black voters.

There are 20 delegates at stake in this state, but there’s no polling to shed light on how it might vote.

North Dakota will allocate 14 delegates based on the result of the caucus, but there’s no polling here to indicate how it will go. Sanders handily won North Dakota’s low-turnout caucuses in 2016, when they were held in June.