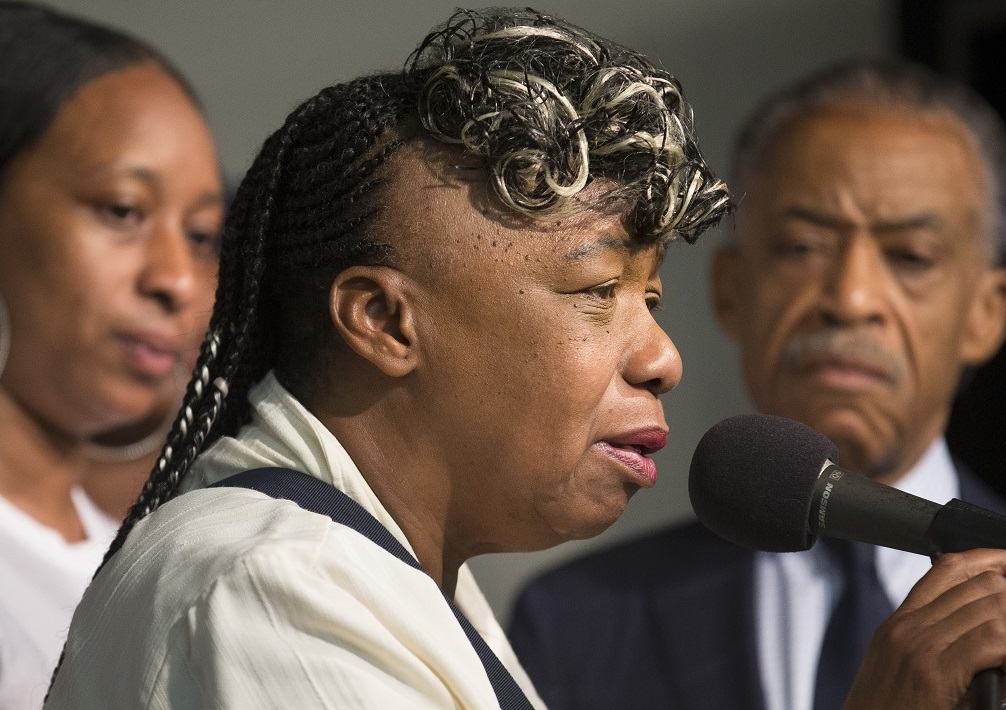 If there’s anyone who understands what the family of George Floyd is going through, it’s Gwen Carr. She is the mother of Eric Garner, the man who was killed by police in Staten Island, N.Y. when former NYPD officer Daniel Pantaleo placed Garner in an illegal chokehold.

Floyd, 46, the Minneapolis man killed by police on Memorial Day when an officer placed a knee on his neck, said “I can’t breathe” before he lost consciousness. It is almost the same sequence of events that led to Garner’s death.

Pantaleo was fired but was never charged or tried. Carr hopes that’s not the case for the four now-former Minneapolis police officers.

“I don’t see any justification,” Carr told NBC News after watching some of the video. “To put your knee on someone’s neck, you are obstructing their breathing. That is completely a no-no.”

Carr called Floyd’s death a “recurring nightmare” as it so closely echoes what happened to her son in 2014. Garner was alleged by police to be selling illegal loose cigarettes outside a store in Staten Island when he was approached by police. In a confrontation after Garner asked to be left alone, Pantaleo restrained him with a chokehold banned by the NYPD.

Pantaleo was fired in 2019 but is suing the NYPD to get his job back.

Al Sharpton‘s National Action Network facilitated a call between Carr and the Floyd family, they confirmed in a press release.

“I feel the pain and hurt from George’s family and my whole heart goes out to them,” Carr said in the release. “As I was talking to them, I relived what happened to Eric and tears overwhelmed me. I will work with NAN and Rev. Sharpton and supporters of George Floyd as we fight for accountability and justice.”

The Floyd family has retained Benjamin Crump, the attorney who worked with the Garner family. In 2015, the family was awarded $5.9M in a wrongful death claim.