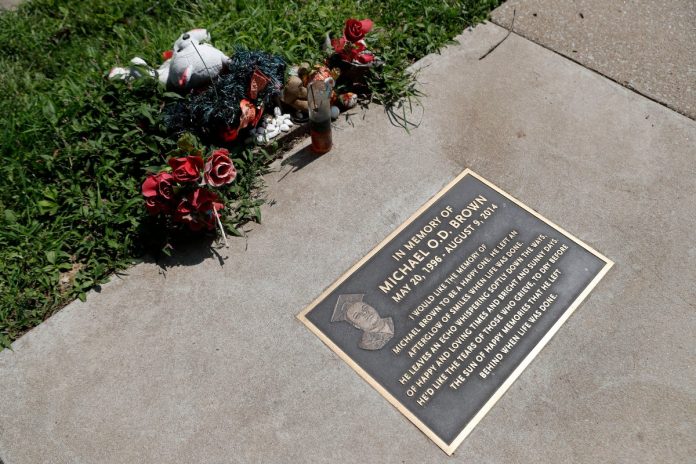 Gone but not forgotten, today marks the fifth anniversary of Michael Brown’s death, and he is being honored with a public exhibit of things that were close to heart in an effort to humanize the slain teen.
Brown’s graduation gown, an Arnold Palmer drink can, a bag of Skittles and a Cardinals’ scarf is just some of the items his family wants the world to see at the “As I See You: A Tribute to Mike Brown Jr.” exhibit at the Urban League Ferguson Community Empowerment Center.

The public display opens today in Ferguson to the public through Sunday. It is a recreation of Brown’s bedroom on August 9, 2014, the day he was fatally shot by Officer Darren Wilson.

Just like in previous years, a makeshift memorial with flowers, balloons and a teddy bear will be on display near the Canfield Green Apartments, the place where the 18-year-old Brown died, The St. Louis Dispatch reports.

At 11 a.m. an hour-long memorial will commence, followed by a viewing of the exhibit. From 1 to 6 p.m., there will be a community event with food, vendors, and entertainment at Sam’s Meat Market.

Michael Brown Sr. said the events were organized by The Michael Brown Chosen for Change Foundation, to humanize his son as a “real person” who had dreams.

After the Ferguson shooting erupted in 2014, protestors called for Wilson to be arrested and charged. D.A. Bob McCulloch, who won his seventh term as prosecutor just days after Brown’s death, refused to indict Wilson.

But it’s a new day, and McCulloch was voted out, and Wesley Bell was elected as St. Louis County’s first African-American prosecutor.
The “As I See You: A Tribute to Mike Brown Jr.” exhibit, will open Friday from 1 to 6 p.m. and from 10 a.m. to 4 p.m. Saturday and Sunday at the Urban League Ferguson Community Empowerment Center, 9420 West Florissant Avenue.