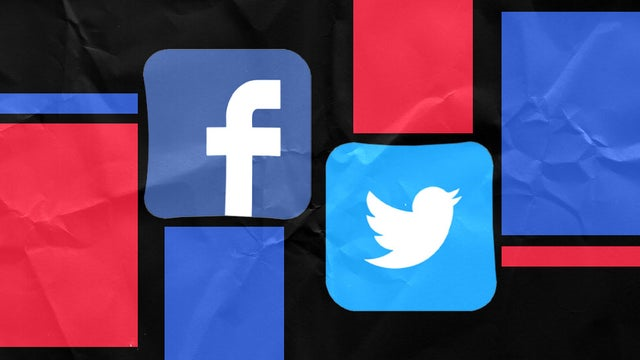 The campaign was based out of Ghana and Nigeria, marking Russia’s latest attempt to obfuscate how it’s working to sow discord on U.S. soil by propping up volunteers and workers from foreign nations.

Russia associated with workers based in the two African nations to spread divisive and polarizing messages, specifically targeted at black social media users in the U.S., according to a CNN investigation published Thursday.

Facebook removed 49 accounts, 69 pages and 85 Instagram accounts for engaging in foreign interference on its platforms, the company announced.

“This network was in the early stages of building an audience and was operated by local nationals — some wittingly and some unwittingly — in Ghana and Nigeria on behalf of individuals in Russia,” Facebook said. “It targeted primarily the United States.”

Twitter suspended 71 accounts “largely Tweeting in English and that presented themselves as based in the United States,” the company said.

“These 71 removed accounts, operating out of Ghana and Nigeria and which we can reliably associate with Russia, attempted to sow discord by engaging in conversations about social issues, like race and civil rights,” Twitter wrote.

House Intelligence Committee Chairman Adam Schiff (D-Calif.) in a statement said the disclosure shows “the Russians will not stop.”

“The potential use of cutouts on another continent meant to mask Russian connections is a startling signal that our adversaries continue to pursue new and inventive ways to cover their tracks and evade detection,” Schiff said.

“The companies were right to make this foreign influence public quickly, and stop it, before it could seep deeper into our domestic political and societal conversation,” he added. “The companies must continue working together and be as transparent as possible with the public and their users moving forward.”

Since 2016, when Russian trolls successfully manipulated the world’s largest social media networks to interfere in the U.S. presidential election, the tech industry has been on high alert to defend against foreign interference from Russia and other hostile foreign actors. Twitter, Facebook and Google have poured enormous resources and energy into detecting and removing influence campaigns, which often involve posts about divisive topics and bunk news stories.

But as the tech companies have cracked down, Russia and other countries have expanded and advanced their techniques. The takedowns on Thursday exemplified a new online influence tactic: Russians helped prop up a nonprofit in Ghana dedicated to spreading messages in the U.S. about social issues, specifically aimed at fanning the flames of racial divisions, CNN reported.

The posts were focused on topics like “black history, black excellence and fashion, celebrity gossip, news and events related to famous Americans like historical figures and celebrities, and LGBTQ issues,” Facebook said, as well as “police brutality.”

Russian trolls in 2016 also targeted black voters in an effort to deter the minority population from voting and intensify tensions around the Black Lives Matter movement.

“We are walking into the 2020 election cycle with eyes wide open to the fact that international and domestic actors are striving to undermine our organizing, and we are not going to let that happen,” Scales said.