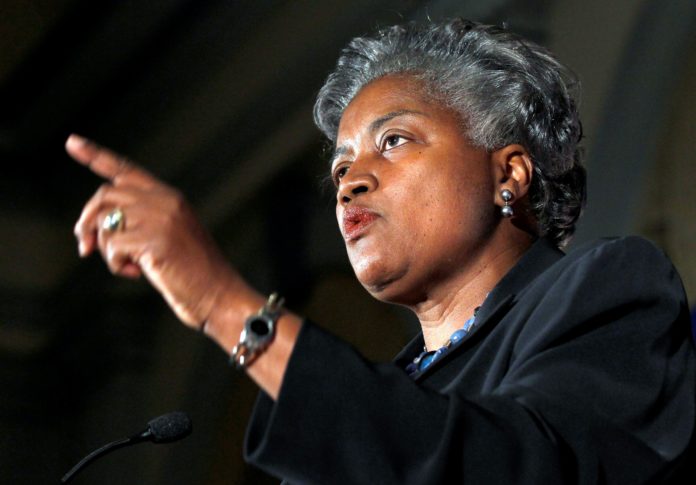 Political strategist Donna Brazile has taken up residence at Howard University and will lead and develop a five-part lecture series about politics, voting, criminal justice reform, the HBCU announced.

In her new role as the 2018-2019 Gwendolyn S. and Colbert I. King Endowed Chair in Public Policy, the former DNC head to help the university facilitate conversations around the hot-button topics.

“Ms. Brazile has spent decades at the table of the political discourse in our nation,” said Howard president Wayne A.I. Frederick. “She can now draw on all her experience and wisdom to bring a bipartisan discussion to these critical issues.”

Brazile, who left her job as a CNN contributor after it was revealed that she had given Hillary Clinton a heads-up on debate questions, was the first African American woman to direct a major presidential campaign for Al Gore.

Brazile is also the author of The New York Times bestseller, Hacks: The Inside Story of the Break-Ins and Breakdowns That Put Donald Trump in the White House.

During Brazile’s term at HU, she will focus on the theme, “The Future Is Now.” Looking ahead, Brazile said she is excited about what’s to come.

“2018 is an election season like none other,” Brazile says.

“Having a conversation, not only about public policy, but also citizen political activism just ten years following the historic election of President Barack Obama, is a great and timely opportunity.”

“We are delighted that such a renowned political strategist as Donna Brazile will hold the King Chair in Public Policy this academic year,” Gwen and Colby King said in a joint statement.

“Donna Brazile will bring unparalleled breadth and depth of experience and knowledge to Howard students across several academic disciplines. Her presence on HU’s campus will spark a higher level of understanding and pique interest in the political process – having them eager to engage with her,” the Kings said.

Brazile will lead the first discussion on September 4, titled “Finding Your Seat At The Table.”  .

“One of the reasons why we have a participation gap is because most people don’t know the many ways to serve,” says Brazile.

“I got involved through the electoral part of politics. But I’ve also been in public policy. I served on Capitol Hill. I’ve been a political analyst, a political writer, a presidential appointee and a campaign manager. So, there are multiple ways to serve. I want students to find their best seat at the table.”