DefenderNetwork.com
Home NEWS Local & State George Floyd, whose death energized a movement, to be buried next to... 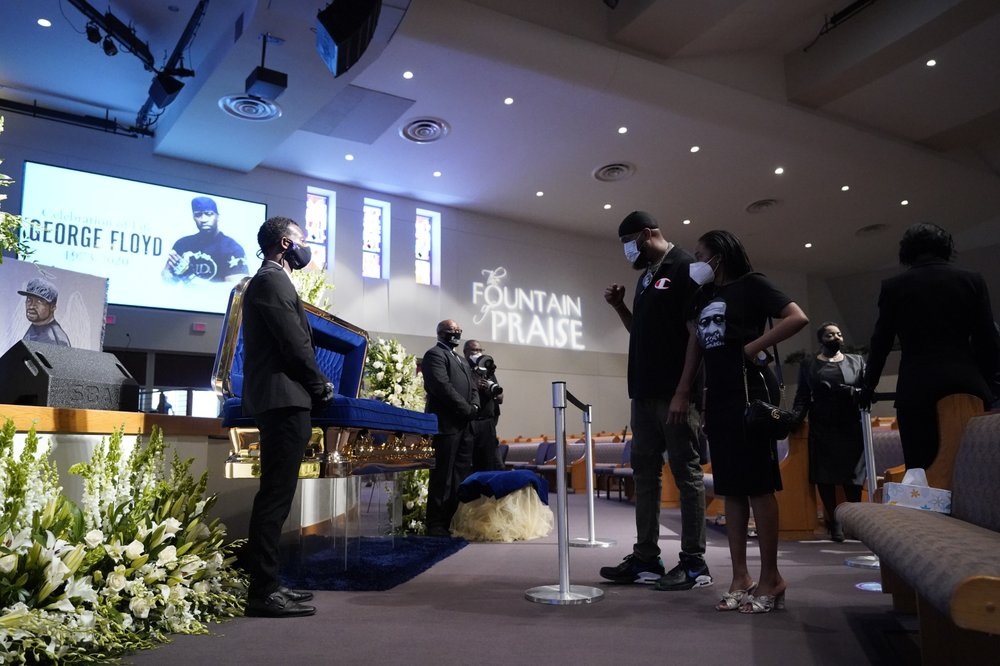 The black man whose death has inspired a worldwide reckoning over racial injustice will be buried in Pearland, Texas Tuesday, carried home in a horse-drawn carriage.

George Floyd, who was 46 when he was killed, will be laid to rest next to his mother. On May 25, as a white Minneapolis officer pressed a knee on Floyd’s neck, the dying man cried out for his mother.

His funeral will be private. Some 6,000 people attended a public memorial service Monday in Houston, where he grew up.

Under a blazing Texas sun, mourners wearing T-shirts with Floyd’s picture or the words “I Can’t Breathe” — one of the other things he cried out repeatedly while pinned down by the police officer — waited for hours to pay their respects. Floyd’s body, dressed in a brown suit, lay in an open gold-colored casket.

Shortly after the memorial ended, Floyd’s casket was placed in a hearse and escorted by police back to a funeral home.

As the hearse drove away, 39-year-old Daniel Osarobo, a Houston resident who immigrated from Nigeria, could be heard saying, “Rest in power. Rest In Peace.”

Those were questions many black Americans have asked not just in recent weeks, but for decades.

Floyd’s death sparked international protests and drew new attention to the treatment of African Americans in the U.S. by police and the criminal justice system. In the past two weeks, sweeping and previously unthinkable things have taken place: Confederate statues have been toppled, police departments around America have rethought the way they patrol minority neighborhoods, legislatures have debated use-of-force policies, and white, black and brown people have had uncomfortable, sometimes heated, discussions about race in a nation that is supposed to ensure equal opportunity for all.

Calls for “defunding the police” have cropped up in many communities, and people around the world have taken to the streets in solidarity, saying that reforms and dialogue must not stop with Floyd’s funeral.

His death has also reshaped the presidential race. To be re-elected, President Donald Trump must rebound from one of the lowest points of his presidency, with recent polls showing that 8 in 10 Americans believe the country is headed in the wrong direction and even spiraling out of control. The president got a boost late last week with a better-than-expected jobs report, but he’s struggling to show consistent leadership on multiple fronts, including the nationwide protests against police brutality.

Meanwhile, former Vice President Joe Biden met with Floyd’s family Monday, according to a photo posted on Twitter by the Rev. Al Sharpton. Biden will provide a video message for Floyd’s funeral service. Previous memorials have taken place in Minneapolis and Raeford, North Carolina, near where Floyd was born. 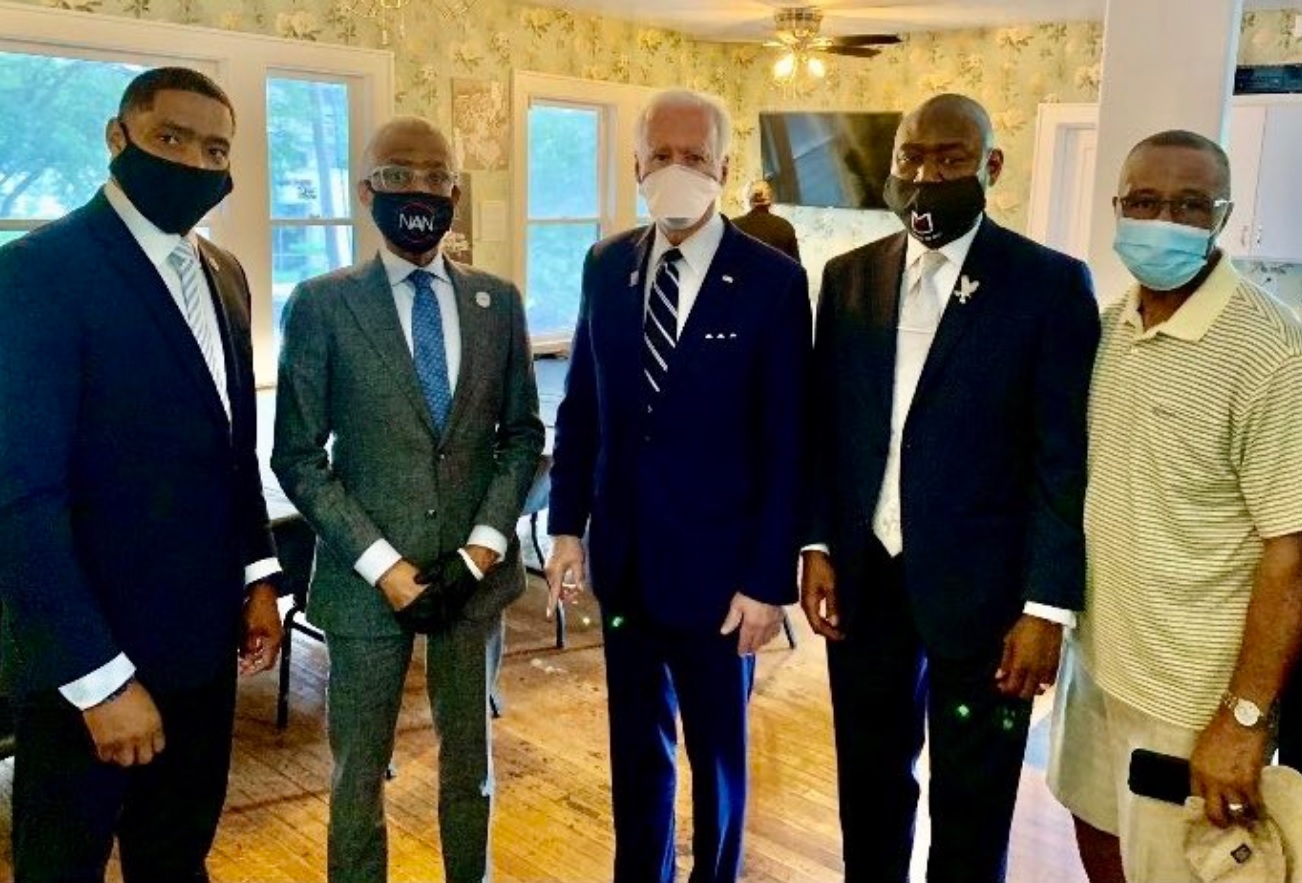 The memorials have drawn the families of black victims in other high-profile killings whose names have become seared into America’s conversations on race — among them Eric Garner, Michael Brown, Ahmaud Arbery and Trayvon Martin.

“It just hurts,” said Philonise Floyd, George Floyd’s brother, sobbing as he ticked off some of their names outside The Fountain of Praise church. “We will get justice. We will get it. We will not let this door close.”

For 14 nights, hundreds of thousands of people have taken to the streets in protest of police brutality and racial inequality. Cities imposed curfews as some of the demonstrations were later marred by spasms of arson, assaults and smash-and-grab raids on businesses. More than 10,000 people have been arrested around the country, according to reports tracked by The Associated Press.

But protests in recent days have been overwhelmingly peaceful — and over the weekend, several police departments appeared to retreat from aggressive tactics. Thousands of Los Angeles protesters arrested for violating curfew and other police orders will not be charged with a crime, prosecutors said Monday.

Four Minneapolis officers were charged in connection with Floyd’s death, which was captured on video by bystanders, who begged police to stop hurting him.

The 44-year-old Chauvin said almost nothing during the 11-minute hearing while appearing on closed-circuit television from a maximum-security prison.