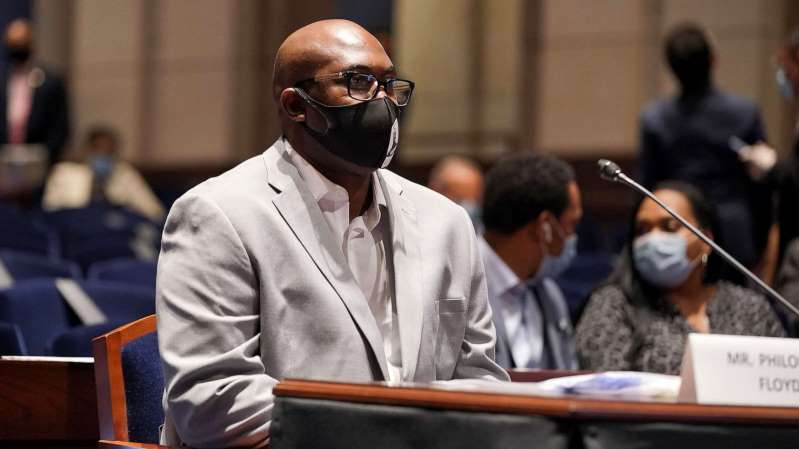 The brother of George Floyd testified Wednesday at a House hearing on racial profiling and police brutality, tearfully urging lawmakers to “stop the pain” as he recalled in vivid detail how his older sibling died after a white police officer kneeled on his neck for nearly nine minutes.

“I’m here today to ask you to make it stop. Stop the pain,” he said. “Stop us from being tired.”

The House Judiciary Committee hearing follows riots and protests that engulfed the country in response to Floyd’s death — and amid a growing push to abolish, reform or defund police departments. All those issues are sure to surface on Capitol Hill Wednesday.

The hearing seeks “to examine the crisis of racial profiling, police brutality and lost trust between police departments,” according to the committee. The Senate Judiciary Committee has scheduled a similar hearing on “Police Use of Force and Community Relations” on June 16.

JUST IN: Philonise Floyd, George Floyd’s brother, testifies before Congress: “I couldn’t take care of George that day he was killed, but maybe by speaking with you today, I can make sure that his death will not be in vain.” https://t.co/eE1d8WKeCy pic.twitter.com/WefbPLIKJ9

The images of Officer Derek Chauvin — who now faces charges including second-degree murder — kneeling into Floyd’s neck sparked a nationwide outcry and demands for reform. It has also led to similar protests and legislative moves across the globe.

“The people marching in the streets are telling you enough is enough,” Floyd told lawmakers. “Be the leaders that this country, this world, needs. Do the right thing.”

Referring to how police were called over suspicion his brother was using a counterfeit $20 bill, he testified: “He didn’t deserve to die over 20 dollars … is that what a black man is worth?”

House Democrats on Monday introduced a bill that would enact a number of reforms, including curbing qualified immunity, creating a “National Police Misconduct Registry” and making changes to police training. But it has fallen short of the demands by the “Defund the Police” movement touted by activists and some Democrats.

“Millions of Americans now call out ‘I can’t breathe’ as a rallying cry in streets all across our country, demanding fundamental change in the culture of law enforcement and meaningful accountability for officers who commit misconduct,” Chairman Jerry Nadler, D-N.Y., said. “Today we answer their call.”

“Defund the Police” has gained steam across the country, although that phrase has been interpreted differently, ranging from changes in police budgets as proposed in New York City, reforms to policing methods, to the outright abolition of police being pushed by the Minneapolis City Council.