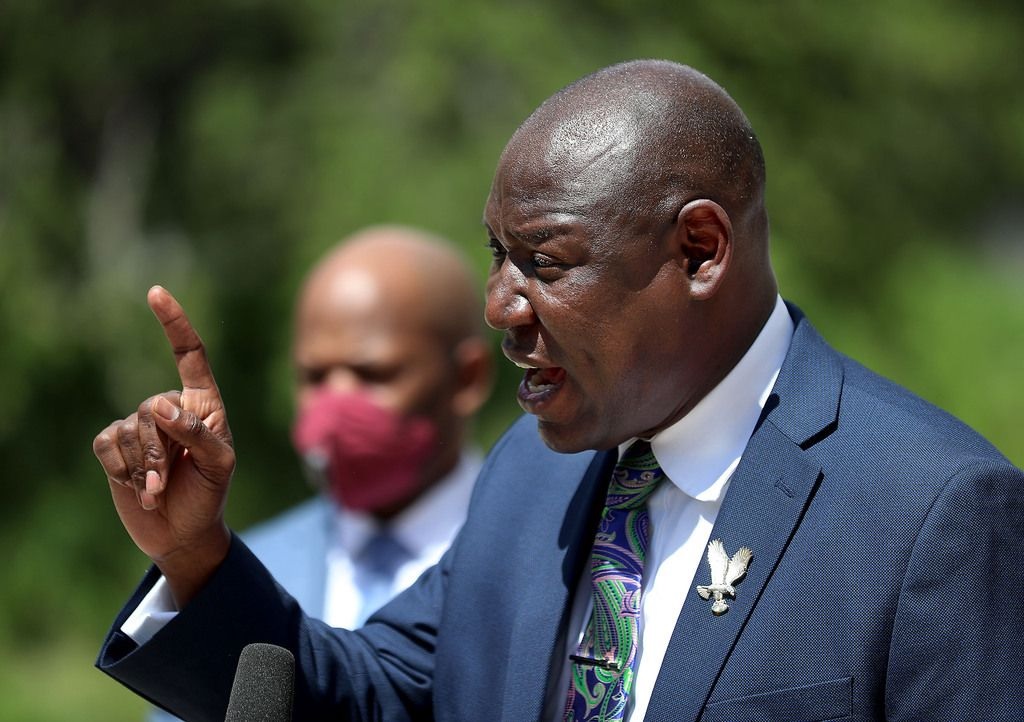 The lawyers representing the family of an unarmed Black man killed by police in Minneapolis on Wednesday filed a lawsuit against the city as well as the cops who were involved in what a medical examiner has labeled a homicide.

Civil rights attorney Ben Crump, along with co-counsel Antonio Romanucci, announced the civil lawsuit on behalf of the family of George Floyd, who was handcuffed face-down on the pavement repeating that he couldn’t breathe as now-fired Minneapolis police officer Derek Chauvin used his knee to apply deadly pressure to Floyd’s neck on Memorial Day in broad daylight.

“This complaint shows what we have said all along, that Mr. Floyd died because the weight of the entire Minneapolis Police Department was on his neck,” Crump said while announcing the lawsuit. “The City of Minneapolis has a history of policies, procedures and deliberate indifference that violates the rights of arrestees, particularly Black men, and highlights the need for officer training and discipline. This is an unprecedented case, and with this lawsuit we seek to set a precedent that makes it financially prohibitive for police to wrongfully kill marginalized people — especially Black people — in the future.”

The lawsuit alleges critical problems with the Minneapolis Police Department’s training as well as claiming that Minneapolis was aware of helped foster a culture of racism and misconduct within the department.

As for the officers involved, the lawsuit claims in part that all of them “had a duty to intercede on behalf of a citizen whose Constitutional rights were being violated by another officer.”

Lane has especially been trying to get the charges against him dropped because, as his lawyer says, there is not enough evidence to show he committed a crime. However, a transcript from Lane’s bodycam video during the deadly encounter showed he was extremely hostile from the beginning despite responding to a report of a nonviolent crime of using a counterfeit bill.

Most recently, the attorneys for two of the former cops have been pushing for Minnesota Attorney General Keith Ellison — who formally upgraded all of the suspects’ charges — to be held in contempt of court for what they say was a violation of the cases’ gag order, according to a report from the Minneapolis Star Tribune. On top of that, a judge warned late last month that the ensuing criminal trials could be moved to a whiter part of Minnesota if the gag order is not adhered to.

In the meantime, Floyd’s death has prompted a global reckoning on racism, police violence and what is oftentimes the deadly combination of the two resulting in the end of another Black life. Part of that reckoning was expected to continue in a major way with a national march against police brutality in Washington, D.C., next month. The “Get Off Our Necks” Commitment March has been planned for Aug. 28 and was named after the method in which Chauvin killed Floyd — a metaphor for police treatment of Black people that has become a rallying cry for equality and justice.

Crump, the lawyer representing Floyd’s family and announcing the civil suit against Minneapolis and the four officers, was expected to speak at the march along with the Rev. Al Sharpton, Martin Luther King III and families of police brutality victims, labor leaders, clergy, activists and civil rights advocates.