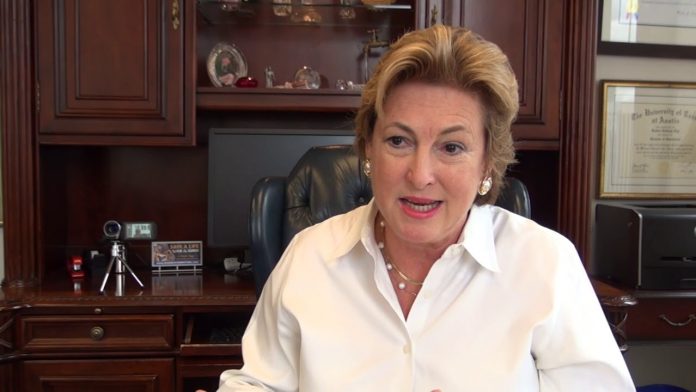 Harris County District Attorney Kim Ogg believes that she has made strides in criminal justice, focusing on drug policy reform, mental health diversion, domestic violence, and gangs. She spoke with the Defender about challenges and concerns from her office.

Commenting on her diversion program, Ogg said, “I think that the best end result to prevent crime that I can try and achieve with low-level offenders, is to get them back in the workforce. A job is the best crime prevention tool there is. Then if they choose to rob, rape, murder, steal after that, we’ll hold them accountable for those violent crimes or crimes against people’s property.”

Ogg said the program has been most effective in marijuana cases.

“Prior to this administration, 10,000 people a year went to jail for marijuana. We eliminated those arrests by working with all the police agencies to send people to a class, seize the drugs, and dismiss their cases.  We’ve diverted nearly 6,000 people successfully through our program,” she said.

Restoring community trust is another priority.

“We’ve had 27 officers either charged or indicted for everything ranging from assault to murder to official oppression,” said Ogg. “I want the public to be assured that the DA and the court system are going to hold everybody equally accountable.”

“The problem is when you have four and a half million people in a county and you’re only staffed for 2 million, the community is less safe and we are less able to help as many people as as we could. We handle over 100,000 cases a year. Those all reflect cases against people who are either victims or accused, and each case has to be considered individually. We only have 335 litigators. The ability of our people is delayed and I think justice delayed is justice denied.”

“We asked for about a hundred. I would’ve settled for any amount. I’ve received 11 additional prosecutors since then, but I’ve had to fight for each and every one of them. I am proud to say that our environmental division and our civil rights division received extra prosecutors, but I’ll tell you who needs it right now: Gangs, human trafficking, sex crimes and our homicide rate is spinning up because of gang violence.”

“…We need members of Black and Brown communities to sit on grand juries and to sit on juries so that we get verdicts that reflect the full community’s response, not just one segment of the community. And when I say one segment, I’m not talking about just Anglo, I’m talking about older. We need people of all ages and every ethnically diverse background.”

“I filed a brief on the recent bail reform ruling because the proposal in its current form, sets a different standard for poor people, versus rich people. I’m for equality. So when it comes to the basic fairness of bail, I’m in support. But when it comes to spending $97 million all on criminally accused people with no provisions for regular witnesses, victims of prosecutors or law enforcement that have to bring the cases forward, it’s an unbalanced approach, which I oppose because I think it’s a threat to the community. We already see we have a lot of dangerous offenders who’ve been released on bail, and I think that the public wants to be protected. The devil is in the detail and I oppose the settlement in this current form.”

“We’ve seen a jump from 25% of the people that we charged with crimes on some type of psychotropic medication. They are still suffering the damage that was done by that natural disaster and the failure of our government really to help them get back on their feet. I think the court system is suffering as well.”

“It’s a flawed and fatal design that’s just not allowing the courthouse to be utilized on a sustainable basis. I’m hoping that they’ll move all the offices of the various institutions like the DA’s office, the public defender, pre-con services, etc. Strip that down, use it as a courthouse. But give us some sustainable place so that we can try these cases.”