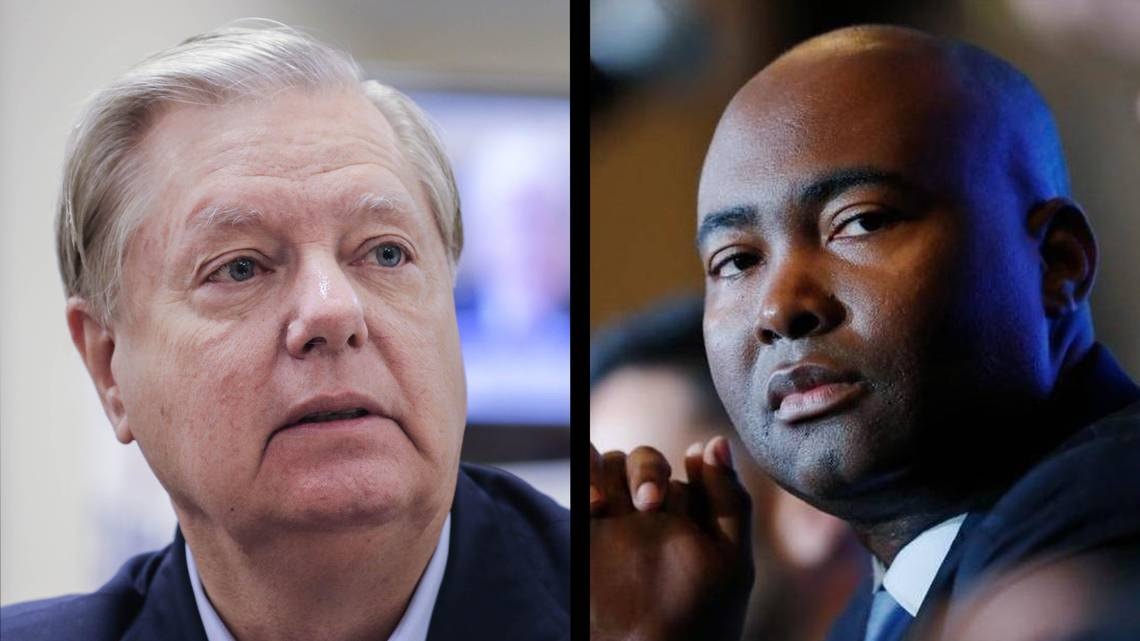 Jaime Harrison, Sen. Lindsey Graham’s Democratic challenger, could be inching closer to his goal to unseat the Republican lawmaker in their South Carolina Senate race.

The duo are locked in a virtual tie, with Graham leading Harrison by just a single percentage point, 44 percent to 43 percent, in a poll conducted by data intelligence firm Morning Consult, per The Post and Courier.

Graham’s campaign spokesman T.W. Arrighi told the publication that the poll “excludes the opinions of numerous voters” and said its findings “are far different than what our internal polling shows.”

“But one thing is consistent in all polling,” he said. “The more voters find out about how radically liberal Jaime Harrison is, the less they support him.”

This race is WINNABLE — can you chip in ASAP to help us pull ahead?https://t.co/yVet3O47Q5

The poll was conducted July 24 to Aug. 2 from among 741 likely voters.

Harrison shared a video on Twitter of his wife surprising him with the poll results.

‘No one gave us a shot. Yet, here we are, giving a 25 year incumbent the fight of his political life,” Harrison said in the tweet. “Three months to go. Let’s do this.”

theGRIO previously reported, Harrison released an ad last month about the need for police reform and accountability, addressing it to his “amazing Black boys” as he seeks to challenge Sen. Graham.

The “My Community” ad is narrated by Harrison who asks in clip: “How do I explain to my two little boys they could be treated differently because of the color of their skin?”

🚨🚨 NEW POLLING HAS US *ONE* POINT BEHIND @LindseyGrahamSC 🚨🚨

No one gave us a shot. Yet, here we are, giving a 25 year incumbent the fight of his political life.

Three months to go. Let’s do this. pic.twitter.com/5POL8CQ14w

He goes on to say, “It’s my worst nightmare to know what could happen someday while they’re walking home from the store, jogging in the neighborhood or being pulled over by the police. How do I tell them that this prejudice could incite those who are sworn to protect and serve them to one day hurt and kill them? How do I tell them?”

“It’s like watching a live version of ‘Invasion of the Body Snatchers.'”

I don’t know why @LindseyGrahamSC changed, but I do know that South Carolina needs a senator that will stand up for what is right every time, no matter the circumstances. pic.twitter.com/ADLQw2HZEC

The Georgetown University alum says he is running for Graham’s seat in the reliably red state in order to be a difference-maker.

Harrison has vowed to put into action proposals that will bring relief to those who need it most and not just offer “lip service” which he thinks Graham has done.

Harrison, the first Black American chair of the South Carolina Democratic Party, has raised nearly $30 million for his campaign, according to reports.