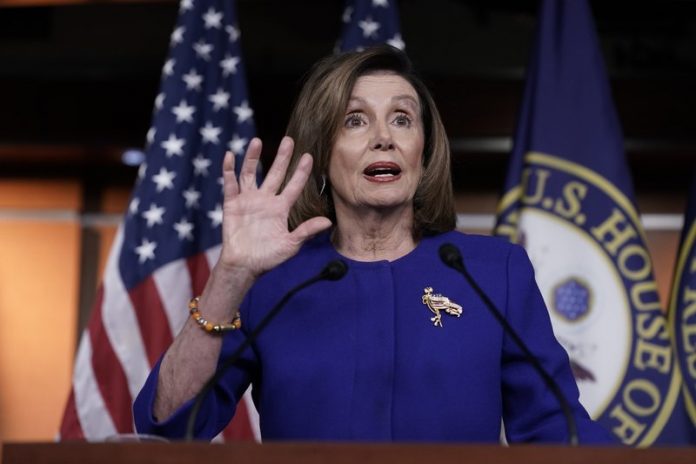 House Speaker Nancy Pelosi says she will “soon″ transmit the articles of impeachment against President Donald Trump, signaling a potential thaw in the standoff with Senate Republicans as she warned against rushing to an acquittal without a fair trial.

Pelosi, D-Calif., faces mounting pressure from Republicans and some Democrats to quit delaying the president’s trial in the Senate, three weeks after the House Democrats impeached Trump on charges of abuse and obstruction. Republicans say Democrats are embarrassed by their vote. But Pelosi countered that Democrats are ’’proud″ of upholding the Constitution and said she doubted that Senate Republicans will do the same.

Many on Capitol Hill expect the Senate impeachment trial to begin next week.

“I’ll send them over when I’m ready. That will probably be soon,” Pelosi told reporters at the Capitol Thursday, noting she is not postponing it “indefinitely.″

The House impeached Trump in December on the charge that he abused the power of his office by pressuring Ukraine’s new leader to investigate Democrats, using as leverage $400 million in military assistance for the U.S. ally as it counters Russia at its border. Trump insists he did nothing wrong, but his defiance of the House Democrats’ investigation led to an additional charge of obstruction of Congress.