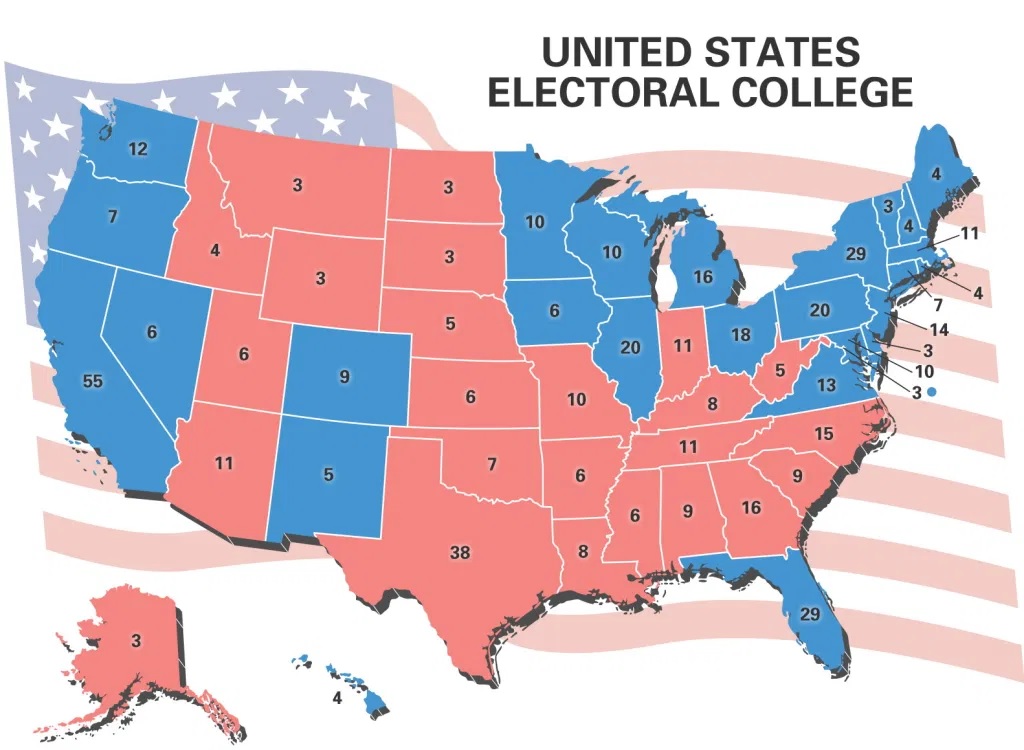 Scrutiny of the Electoral College was a top trending topic Tuesday morning after CNN’s Don Lemon called for “the entire system” to be overhauled.

Lemon’s argument centered on the fact that the United States’ population is increasingly becoming non-white but the Electoral College has resulted in two of the past five presidents being elected without winning the popular vote.

“We’re going to have to blow up the entire system,” Lemon said Monday night on his show before continuing later: “The minority in this country decides who the judges are and they decide who the president is. Is that fair?”

Don Lemon actually said “we’re going to have to blow up the entire system.”

Democrats DO NOT respect the Constitution or our American republic.

They want to DESTROY America and our system. pic.twitter.com/ejY0gZbYrN

Conservatives were mocking Lemon on Tuesday for what they described as his inability to understand the Constitution and the Electoral College body of state electors. But the CNN pundit is not alone in his belief that the Electoral College needs to be reckoned with — especially in the cultural and racial contexts in which Lemon stated his argument.

To put it simply, Black voters have plenty to gain from replacing the electoral college — a system built originally to protect the interest of white, male slave owners — with selecting presidents through a popular vote.

“You know, come a general election, presidential candidates don’t come to places like Mississippi. They also don’t come to places like California and Massachusetts, right? Because we’re not the ‘battleground states,’” Warren said at the time. “Well, my view is that every vote matters. And the way we can make that happen is that we can have national voting. And that means get rid of the electoral college, and everybody counts. Everybody. I think everybody ought to have to come and ask for your vote.”

Looking to 2020, Democratic voters were working to avoid a repeat of 2016, in which Hillary Clinton won nearly 3 million more votes than Donald Trump but lost the electoral college vote.

In our system, voters do not elect the president directly. Instead, they choose which candidate receives their state’s electors.

The electoral college is made up of 538 electors who technically cast votes to decide the president and vice president. The candidate who receives a majority of electoral votes (270) wins the presidency.

The number 538 is the sum of the nation’s 435 Representatives, 100 Senators, and 3 electors given to the District of Columbia. Electors are apportioned to states based on their population, meaning that larger states have more electoral votes than smaller states.

It’s a winner takes all system. A candidate gets all the electoral votes of a state whether they win it by one vote or one million votes. In 2016, Clinton won huge majorities in racially diverse states like California and New York that ran up her popular vote count but meant relatively little in the electoral college count.

“In addition to the problem of this winner take all logic, there is also the issue that people in large states are explicitly underrepresented in the electoral college,” according to the Center for Economic and Policy Research.

“White people tend to live in states where their vote counts more, and minorities in places where it counts less,” CEPR noted.

That dynamic means that Black votes count less because they tend to live in large states. African Americans are also many times clustered in large urban communities that are in Republican-leaning states.

“[The electoral college] dilutes our power,” Rep. Emilia Sykes, an Ohio state lawmaker who has been a leading voice against it, told PBS in 2018. “And we recognize that, and we get it, and we don’t want it. We want our power to be used to its fullest potential.”