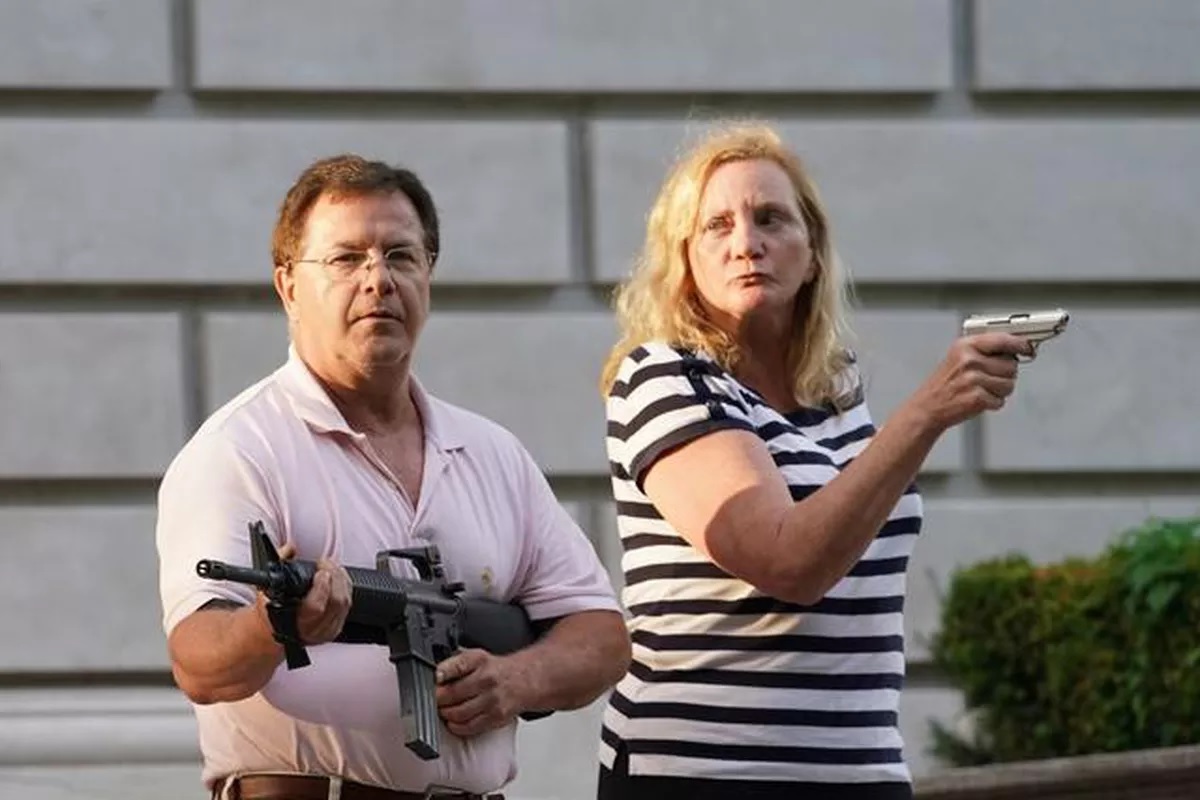 A white couple in St. Louis pictured holding a handgun and a semiautomatic rifle aimed at a group of Black protesters who had taken to the streets calling for the resignation of Mayor Lyda Krewson on Saturday.

In the imagery, Mark and Patricia McCloskey are pictured outside of their home in an upscale neighborhood, while the demonstrators walk past. The internet has dubbed them with the name of “Ken” and “Karen.” 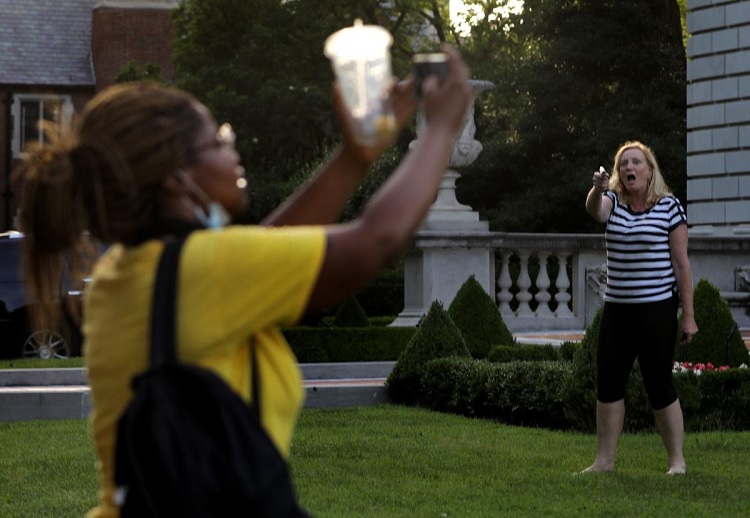 Days later local investigators have vowed to launch an investigation into the incident, which stoked fear and intimidation through a tactic used to silence protesters who were marching towards Krewson’s home, with the threat of possible death.

“I am alarmed at the events that occurred over the weekend, where peaceful protesters were met by guns and a violent assault,” Circuit Attorney Kimberly Gardner said on Monday according to USA Today.

“We must protect the right to peacefully protest, and any attempt to chill it through intimidation or threat of deadly force will not be tolerated.” 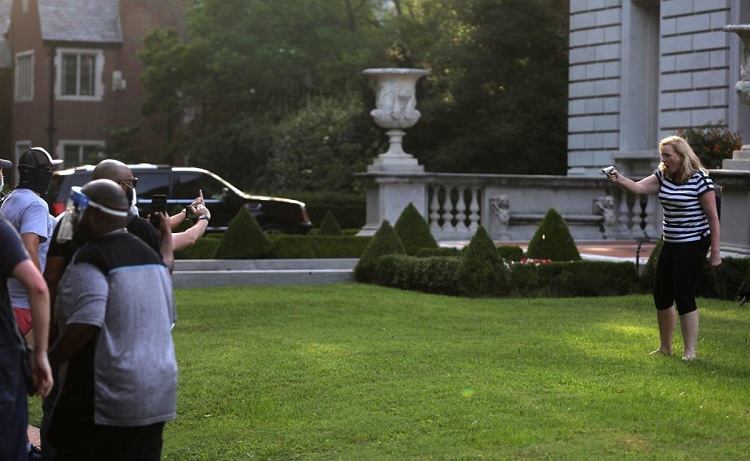 The couple’s lawyer is on a spin campaign, trying to downplay the violent imagery.

“They are appalled that they have been portrayed in a fashion which they believe is going to be used by some to support the position that its time to grab the Confederate flag and grab a gun and protect ourselves against the BLM movement,” their attorney Albert Watkins said. “My clients know that they looked like lunatics.”

Protesters were enraged regarding a King Louis IX statue which sat in a public park in St. Louis. For weeks they have advocated that the statue be taken down. After the gun brandishing and an assault that occurred near the statue site, Gardner announced plans to launch an investigation.

In addition Mayor Krewson stoked further fears after she got on Facebook Live and read aloud the names and addresses of those who called on her to defund the police. In response, demonstrators marched towards her home calling for her resignation.

I’d like to apologize for identifying individuals who presented letters to me at City Hall today. This was during one of my Facebook updates as I was answering routine questions. Never did I intend to harm anyone or cause distress. The update is removed and again, I apologize.

However in response, the mayor has contended that she will not be stepping down.