For the past two-plus years, Dr. Grenita Lathan has worked tirelessly for the children of the Houston Independent School District. She’s risen above the drama and stayed focused on the long-term goal of educating the children of HISD. Lathan is credited with pulling dozens of academically challenged schools into compliance and earning a “B” rating from the state for the district as a whole. So why, then, did the Board vote 6-3 against her elevation to permanent status? Board members say it was “based on data” but we can’t help but wonder if there’s some validity to the claims from several community, civic and religious leaders that the move was racially motivated. We really can’t afford a Black-Brown divide in this city, but this whole situation reeks of racial undertones. The move and the subsequent “Lathan can apply when the position opens up” is not only an insult to Lathan’s accomplishments, but we can’t help but wonder why the cash-strapped district is okay with spending $250,000 searching for a permanent Superintendent, when Lathan is right there doing the job. You know what else we can’t help but wonder? If Dr. Lathan was Hispanic, would she already have the job. These are some questions the community wants answered.

With the nation gripped by a resurgent coronavirus and looking to Washington for help, President MIA (Missing in action) Donald Trump and lawmakers in Congress have a message for struggling Americans: just keep waiting. Trump is only worried about bogus voter election fraud claims and rage-tweeting from his bunker, and meanwhile, the country is seeing raging positive cases, spiking hospitalizations and increasing death tolls. The virus has killed more than 247,000 Americans this year and infected at least 11.1 million — some 1 million of them in just the past week.

Trump is a disruptive factor on Capitol Hill and no deal is possible without his buy-in, or at least his signature. Without a better and more reliable signal of Trump’s intentions, both McConnell and Nancy Pelosi could be wary of navigating the turbulence required to forge an agreement. What does that mean? Don’t wait on a stimulus. And do your part to curb the spike. Gov. Greg Abbott has made it clear that even though our numbers are higher now than they were this summer when he ordered a lockdown, it’s not happening this go-round. So it’s up to us to mask up and take precautions on our on. And let’s all pray these promising vaccines come to fruition – and fast.

Texas lieutenant governor Dan Patrick jumped on the Trump train and offered to pony up $1 million of his money for anyone that prove voter fraud in Texas. Since the GOP says it was so widespread, we expected Patrick to have to hire teams of people to scour through all fraud reports.Patrick hoped financial rewards would produce evidence Republicans couldn’t find on their own. A week later, it seems like Patrick still has his million dollars. He hasn’t had much to say about this lately. Hmmm, we wonder why. Probably because he has $1 million bounty for a fraud that never happened.

All of these efforts to keep Biden from taking office seem moot. The Trump camp is 1-23 in terms of lawsuit losses. And Biden is moving right along…stacking his transition team and staff with a diverse coalition that reflects America. So refreshing. Jan. 20th can’t come soon enough. 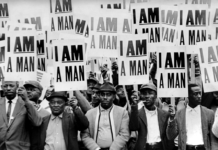 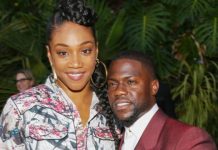 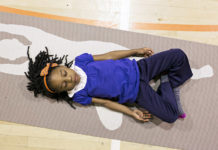 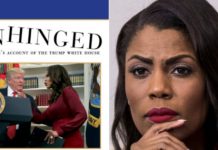 National Year in Review: Omarosa tells all in ‘Unhinged 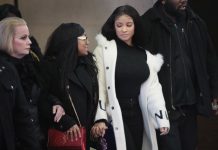