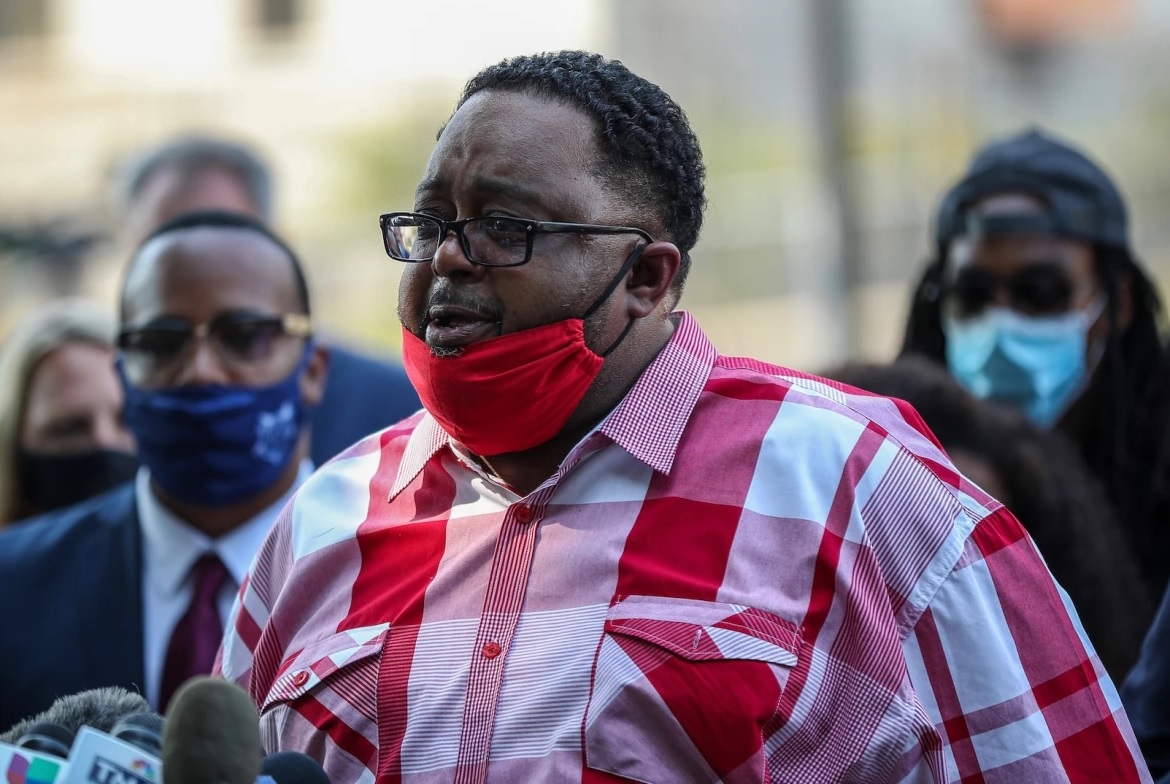 The father of Jacob Blake, the 29-year-old Black man shot seven times by a Kenosha, Wis., police officer, told the Chicago Sun-Times that his son is handcuffed to his hospital bed.

Jacob Blake Sr., was left “heartbroken” when he visited his son at the Wauwatosa, Wisconsin hospital, and saw he was handcuffed to the bed. When asked why his son had been arrested, he reportedly received no answer.

“I hate it that he was laying in that bed with the handcuff onto the bed,” Blake’s father said Thursday, the day after he visited his son in the hospital. “He can’t go anywhere. Why do you have him cuffed to the bed?”

Officials have not announced any charges against Blake. Authorities from the Kenosha Police Department, the District Attorney’s Office and the Wisconsin Department of Justice did not respond to comment requests by the Sun-Times.

Blake was shot after officers responded to a call about a domestic dispute. Blake’s attorney, Ben Crump, has said that Blake was trying to de-escalate the situation before he was accosted by police.

Officials identified the officer involved in Blake’s shooting Wednesday. They did not specify if Blake was the man officers were looking for.

It’s unclear how many officers were involved in Blake’s shooting, but those who were are on administrative leave, officials said.

Blake’s shooting — which his family has said left him at least temporarily paralyzed from the waist down — has led to days of unrest in Kenosha this week.

On Tuesday night, two protesters were shot and killed and another was injured. Officials later charged Kyle Rittenhouse, a 17-year-old from Illinois, with first-degree intentional homicide in connection to the shooting.