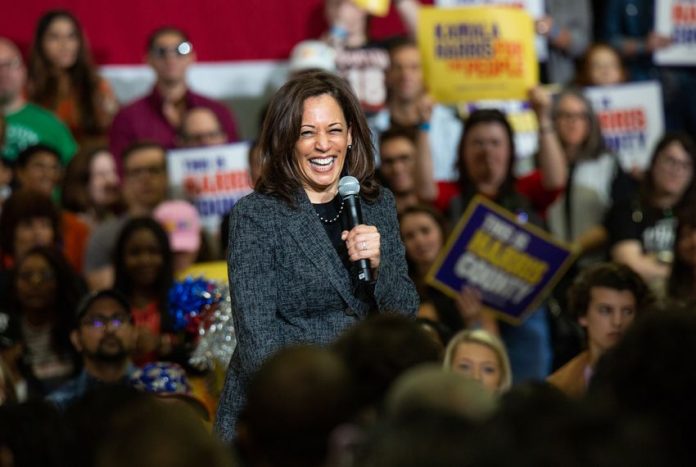 Harris revealed the plan Saturday at the Essence Festival in New Orleans and said it is part of her effort to close the wealth gap between Black and white families.

“So a typical Black family has just $10 of wealth for every $100 held by a white family,” Harris said. “So we have to right that wrong and after generations of discrimination, give Black families a real shot at home ownership, historically one of the most powerful drivers of wealth in our country.”

Harris said the plan would help four million families with down payments and closing costs in the form of U.S. Housing and Urban Development grants.

The grants, according to the presidential hopeful’s website, would require applicants to have lived in historically red-lined communities for the preceding 10 years.

“So I will remove barriers that black Americans face when they go to qualify for a home loan,” she said.

Harris also plans to amend the Fair Credit Reporting Act so that it counts rent, cellphone and utility payments when considering a person’s credit score, according to her website.

“However, not all consumers have accumulated these assets,” Harris said on her website.

She added that she anticipates being able to “shrink the wealth gap between black and white households by at least one-third,” with her new plan.

“Join me as we right what is wrong and write the next chapter of history in our country,” Harris said. “The fight of Black women has always been fueled and grounded in faith and in the belief of what is possible.”