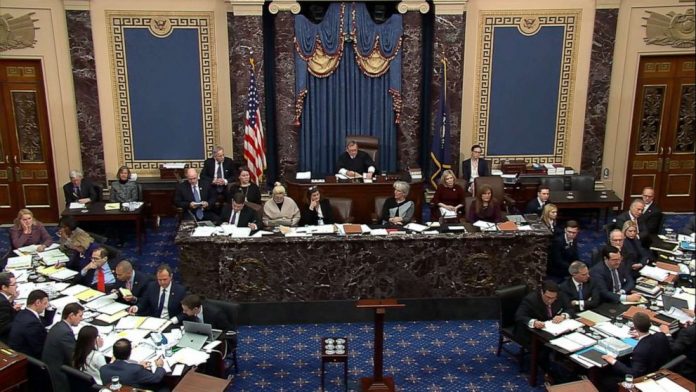 The Senate is on track to swiftly acquit President Trump after Sen. Lamar Alexander announced Thursday night that he will vote against calling for additional witnesses.

Why it matters: Alexander’s vote is crucial to whether the impeachment trial extends beyond this weekend, and his decision to stick with his party all but guarantees that Friday’s witness vote will fail.

Background: Alexander has been a true wildcard during the Senate trial. He’s a Tennessee Republican who has gone against Trump in the past, and is retiring at the end of his term, freeing him to make this decision without worrying about the political ramifications of such a vote.

What he’s saying: “I worked with other senators to make sure that we have the right to ask for more documents and witnesses, but there is no need for more evidence to prove something that has already been proven and that does not meet the U.S. Constitution’s high bar for an impeachable offense.”

The big picture: Sen. Susan Collins (R-Maine) announced Thursday night that she will vote in favor of witnesses in the impeachment trial, making her the first GOP senator to definitively say that she will do so.