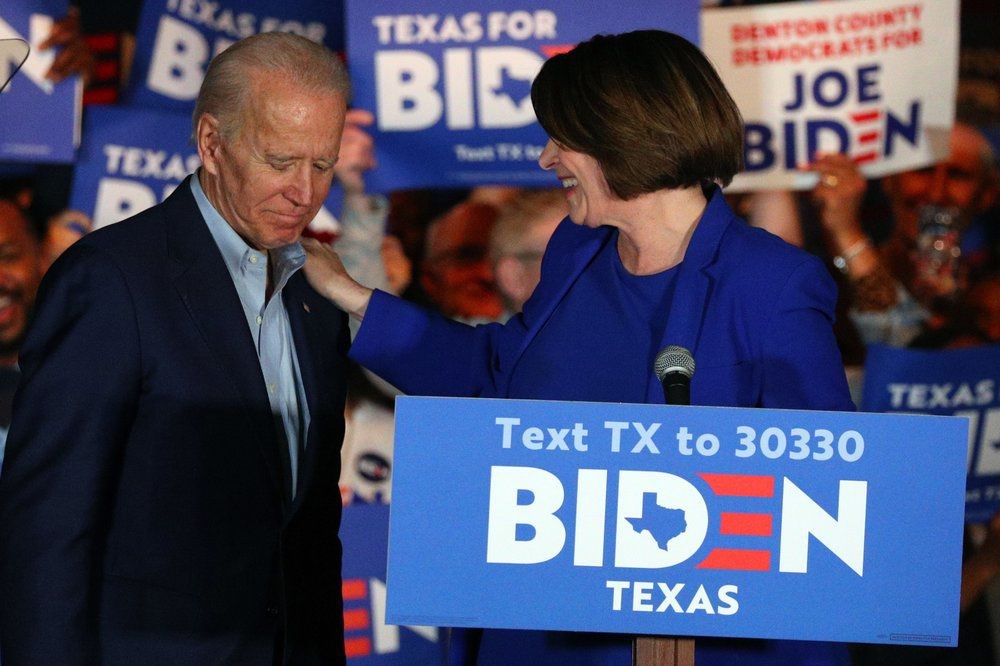 Sen. Amy Klobuchar announced on Thursday evening that she has withdrawn her name from consideration as Democratic presidential candidate Joe Biden‘s potential running mate, and has urged him to instead choose a woman of color.

Klobuchar, who once launched her own bid for the presidency only to become a surrogate for the former vice president, shared the news during an interview with MSNBC, the New York Times reports. The Minnesota politician said she called Biden on Wednesday evening to inform him of her decision.

Many considered the senator’s prospect of clinching the vice-presidential nomination a lost cause after the police killing of George Floyd on May 25 in her home state of Minnesota. Klobuchar’s record as a prosecutor in the state came under great scrutiny as criticisms of the criminal justice system and law enforcement became more pronounced as tensions raised over racial violence and systemic racism in America.

“I think I could have functioned fine and there’s a lot of untruths out there about my record and now is not the time to debate them,” Klobuchar said.

Klobuchar has been considered a frontrunner on the shortlist of women candidates for the VP position after Biden on more than one occasion vowed to pick a woman as his running mate. If Biden were to take Klobuchar’s advice and choose a woman of color, he’d likely choose from a crop of Black women whose names have been floating around for months.

Some of those women include former presidential candidate Kamala Harris, Stacey Abrams, the former Georgia candidate for governor and Rep. Val Demings. Even Atlanta Mayor Keisha Lance Bottoms has been mentioned as a consideration as leaders on the local and federal level work to repair cities and the country amid deep racial wounds after several unarmed Black people were killed by police, as well as the racial disparities exposed by COVID-19, which has disproportionately devastated Black communities.