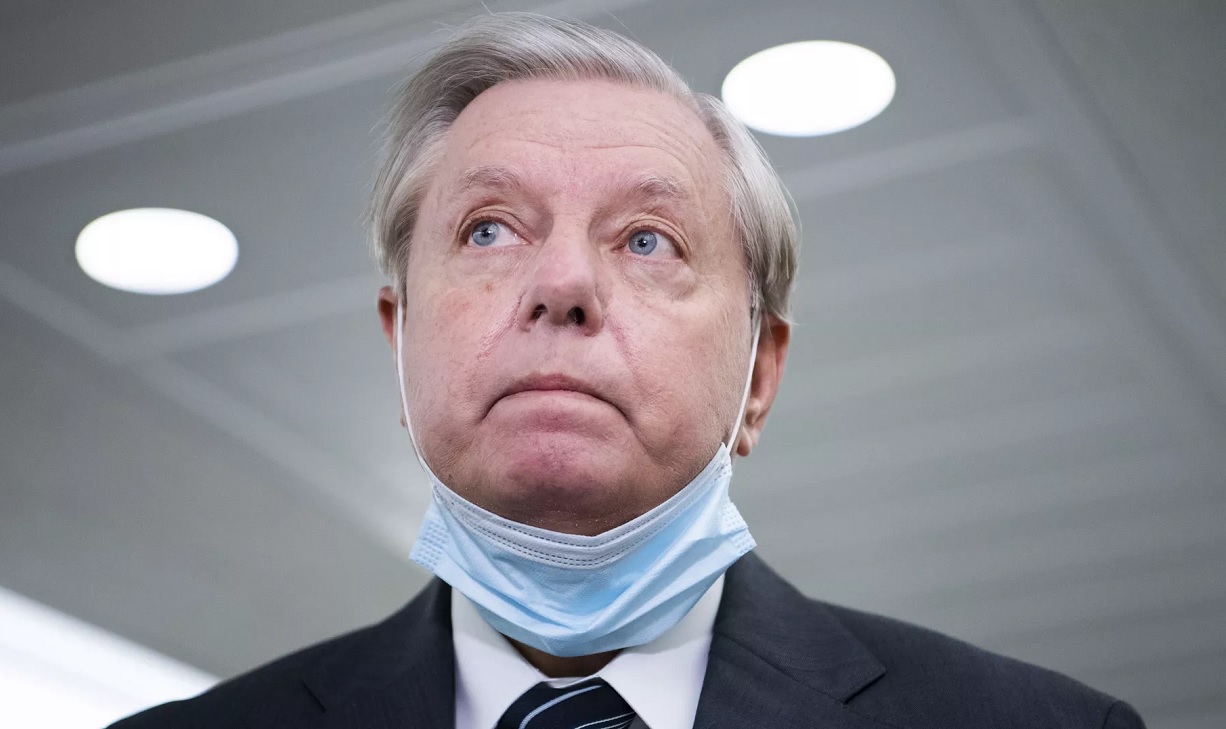 Graham, who is up for re-election this year, later told reporters that the comment was nothing more than “deep sarcasm,” but he’s still catching heat over it. His Democratic challenger Jaime Harrison, who is Black, added his voice to the chorus of critics who were quick to call out the South Carolina lawmaker on social media, New York Times reports.

Guy King, a spokesperson for Harrison’s campaign, said Graham’s comments confirm that he’s “out of touch.”

“Yet again, Lindsey Graham has proven that he’s completely out of touch with the South Carolina of today,” King tells Newsweek. “Even as peaceful protestors demonstrate across our state for equality and justice, Lindsey can’t help but refer fondly to a time of violent oppression and segregation against African Americans. It’s time for new leadership that is reflective of the New South, that is bold, inclusive and diverse. Lindsey Graham has lost his moral compass.”

As part of the Senate’s hearing on Oct. 14 to confirm Barrett to the Supreme Court, Graham referred to segregation as the “good old’ days” in an attempt to squash concerns about her questionable record on cases involving race.

“You’re not aware of any effort to go back to the good old days of segregation by a legislative body, is that correct?” Graham asked, to which Barrett agreed.

Social media users wasted no time putting the Senator on blast for his poor choice of words. Barrett is also receiving the side-eye for not getting Graham right together over his language.

Twitter user Laura Martin noted that Barrett is “raising Black kids,” and that “she didn’t even flinch or correct Graham for referring to segregation as the “good ol days,”” she wrote. Adding, “Also, notice she has no problem saying her opinion on Brown. She spent much of yesterday refusing to do the same for cases involving marriage and abortion.”

Lindsey Graham: “There’s one group in America I think has had a hard time of it, and that’s conservatives of color and women conservatives…This hearing, to me, is an opportunity to not punch through a glass ceiling, but a reinforced concrete barrier, around conservative women” pic.twitter.com/G9nPVoxg3s

After the hearing, Graham made clear that he sarcastically suggested that “some legislative body would want to yearn for the “good ol’ days of segregation,”‘ he told reporters.

“The point that I’m trying to make is there is nobody in America in the legislative arena, wanting to take us back to that dark period in American history,” he continued. “And for my opponent to suggest that says far more about him than me.’

“And in terms of that statement … it blows my mind that any rational person can believe that about me,” Graham added.