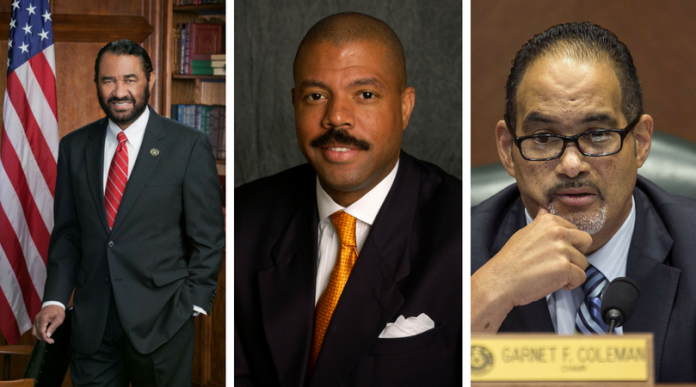 While HISD didn’t receive an official rating because of Hurricane Harvey, several elected officials weighed in on the “unofficial” B rating the district says it would have received.

Congressman Al Green – “I believe that the new TEA ratings signal understanding of the hardships that many schools, students, and parents in Houston endured when Hurricane Harvey impacted our lives. Worthing High School and the surrounding community have continuously shown they can overcome adversity. This unyielding determination to succeed has been expressed with the TEA’s most recent ratings and demonstrates that Worthing is and always will be worthy of saving.”

State Sen. Borris Miles – “I am happy to see progress at [HISD] and that the district has avoided possible sanctions by the Texas Education Agency. I am ecstatic that three of the schools requiring improvement in Senate District 13 – Worthing, Mading and Woodson PK-5 – have turned around student performance and now meet TEA standards. Those students, teachers, parents and principals are to be commended for their hard work to reach this achievement.

“The fight for our kids does not end here. While accountability standards have been waived for some schools in the wake of Hurricane Harvey, HISD could still face sanctions without further improvement…”

State Rep. Garnet Coleman – “I am proud that HISD’s Achieve 180 initiative and interim Superintendent Dr. Grenita Lathan have been successful in improving our schools. This improvement under Dr. Lathan should be allowed to continue for at least another year in order to avoid disruption to student growth. The four IR schools that did not qualify for a Harvey waiver all met standards, meaning TEA will not be statutorily allowed to take over HISD this year. However, HISD is not out of the woods yet. HB 1842 from the 84th Legislative Session still allows for TEA to take over HISD if the IR schools that received Harvey waivers this year do not meet standards next year…”