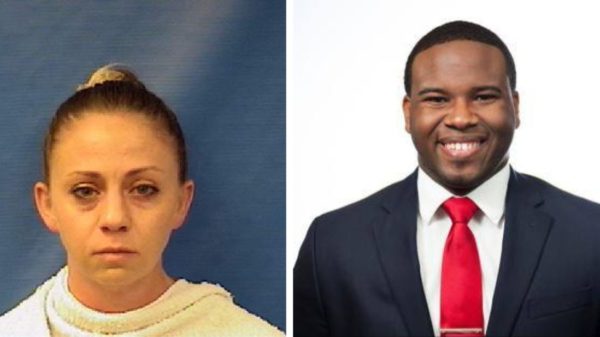 Finally, after several delays, Amber Guyger‘s murder trial has begun. The off-duty police officer shot and killed Botham Shem Jean in his own in Dallas home back on Sept. 6, 2018. While many are hoping for the best, there are many signs pointing that Guyger will be acquitted.

Here are five reasons why we should all brace ourselves.

ABC 8 in Dallas obtained copies of the five search warrants for the case. Two of them “allowed investigators to remove the front door of Guyger and Jean’s apartment, their door locks and to download data for their door locks.”

The third warrant allowed investigators to enter Jean’s apartment. The fourth showed they obtained video from the surveillance camera in the apartment management’s office. The final warrant, according to ABC, “gave investigators the authority to obtain all communications related to the incident in the possession of property management, as well as all surveillance video and all entry and access logs from 9 p.m. to 11 p.m. on the night of the shooting.”

Demonizing the victim is a trust tactic police associations use to make their fellow officer look like the victim. This happen toMichael Brown, Tamir Rice, Sandra Bland and so many others. Not even 2 weeks after Jean was killed, police went public that marijuana was found in Jean’s home. According to Fox 4 in Dallas, “One of the warrants became a public record Thursday afternoon when it was returned to the judge who signed it. It was shortly after Jean’s funeral had ended. It listed several items found in Jean’s apartment, including a small amount of marijuana.”

Lee Merritt, an attorney for Jean’s family, said at that time, “I think it’s unfortunate that law enforcement begin to immediately criminalize the victim — in this case, someone who was clearly was the victim that has absolutely no bearing on the fact that he was shot in his home. I would love to see more information coming out about the warrants executed on the home of the shooter who lived just below him. I haven’t seen any of those. And particularly for it to be on this day, the day that we remember and celebrate him… to see the common assassination attempt on the victim that we often see in law enforcement-involved shootings.”

No word if Guyger had drugs in her system.

In the 911 call, Guyger is already setting up her case and Botham’s Jean mother, Allison Jean agreed. According to an interview with Sight Magazine in June, Allison said she believed the 911 call was leaked to gain sympathy for Guyger. Jean also said, “Listening to it, it sparked some anger within me because I’m not hearing the dispatcher pay much attention to him. I didn’t hear the dispatcher ask about his condition, whether he was breathing, whether he was responsive…And I’m wondering whether it was because it was a police-involved shooting that the victim didn’t matter.”

The released 911 call came one week after it was reported that people who Guyger arrested while she was a police officer were having their cases dismissed. Citing court documents, the Dallas News reported that “Dallas County prosecutors in one case wrote that they were seeking the dismissal because the fired officer was ‘indicted for murdering an innocent man in his own home.’”