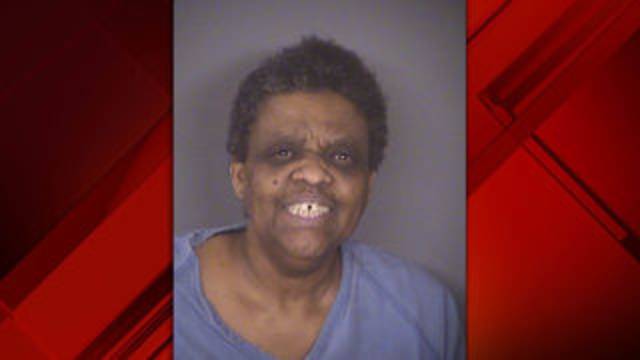 On Friday, Janice Dotson-Stephens, 61, succumbed to cardiovascular disease while she was interned at the Bexar County Detention Center annex in San Antonio, Texas, according to KSAT. A medical examiner ruled she died of natural causes.

Dotson-Stephens spent five months in jail stemming from a July 19 arrest over charges on criminal trespassing. Because of the cash bail system, which allows inmates and prisoners to pay for bond while they await trial, Dodson-Stephens sat in jail over a $300 bond.

A bond can be arranged or taken out by a family member or someone who has enough money to cover the bond requirement. But as advocates against the bond system argue, matters become complicated when family members are living on fixed incomes, or below the poverty line.

If prisoners are unable to meet the bond, which usually requires a payment set at 10 percent of the total, they have to sit out the rest of their days in jail until a trial date is set. In Dotson-Stephen’s case, the bond would’ve totaled to $30.

According to KSAT, Dotson-Stephens’ family allege they were unaware of her arrest.

“We just felt that she shouldn’t have died as a criminal in the jailhouse,” Dotson-Stephen’s daughter-in law, Leticia Dotson, said in an interview with the outlet. “She wasn’t a criminal. She had mental health illness.”

Dotson claims the family believed she was admitted to a hospital due to her condition and listed a long history of arrests and issues with mental wellness as contributing factors. In an interview with Refinery29, Dotson-Stephens’ family paints a portrait of a loving, caring grandmother of 10, who struggled with depression and “paranoid tendencies.”

However, authorities claim Dotson-Stephens had no next of kin listed and would require a court order to transfer her to a hospital if she showed signs of mental illness.

“She had people who loved her and family who would have easily paid the $30 to get her out of jail if that’s what we had to do to take the next step,” Leticia Dotson said.

The family will hold a service for their matriarch on December 28, according to Refinery29.

“If your family has a mental illness, it’s not in their control,” Dotson continued. “She shouldn’t die as a criminal. They should die as, ‘This person had a mental illness and this is what happened.’”