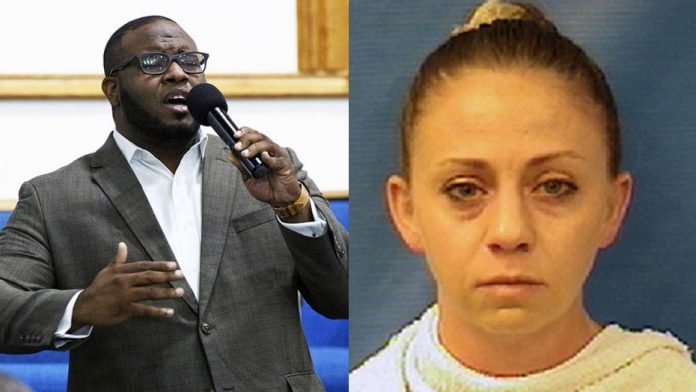 “I thought it was my apartment.”

Those are the words Officer Amber Guyger says dozens of times in a 911 call moments after fatally shooting Botham Jean in his own apartment at the South Side Flats on Sept. 6, according to two sources with knowledge of the investigation.

The two sources described details of the 911 call to WFAA and details about the investigation on the condition of anonymity because they are not authorized to speak to the media.

“I’m so sorry,” Guyger said repeatedly, according to the two sources. She told the 911 operator how tired she was and said, “How did I do that?” as she tried to figure out how she got into the wrong apartment, the sources told WFAA.

An arrest warrant affidavit, obtained by the Texas Rangers and released last week, revealed that Gugyer was on the phone with 911 when she flipped on the lights and realized she was in the wrong apartment.

“The desperation in her voice is awful,” one of the sources said.

Botham’s controversial death ignited protests and calls for Guyger’s arrest and firing. She was arrested on a charge of manslaughter on Sept. 9. She is currently out on a $300,000 bond and has been placed on administrative leave. 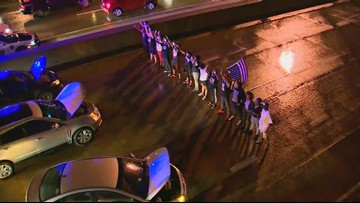 Guyger, 30, and Jean, 26, lived one floor apart – she on the third floor in apartment 1378 and he on the fourth floor in 1478. They did not know each other. She had only lived in the complex for a few weeks.

That day, Guyger worked a 13.5 hour shift, her work day beginning around 8 a.m. and ending around 9:30 p.m. It’s not clear how many hours she had worked that work week.

Gugyer, still in her police uniform, arrived at the complex and parked on the fourth floor around 10 p.m., according to the arrest warrant affidavit. She walked into the building and walked down to the fourth floor to what she thought was her apartment.

The sources say Jean’s laptop was open as if he was working. Investigators believe he was sitting on the couch but stood up when the door opened.

The door was not locked, sources say. It was ajar as it looked basically closed, but wasn’t latched.

The leasing agents had checked out a noise complaint around 6:30 p.m. Investigators have theorized that perhaps the door didn’t shut all the way afterward.

“When she put pressure on the door, inserting her key, it opened,” one of the sources said.

The door opening and hearing someone inside made her think an intruder was in her apartment, the sources said. Guyger told investigators that she and Jean exchanged words but she could not recall exactly what was said, they said.

Guyger told investigators, according to the arrest warrant, that she saw a large silhouette from across the room. She pulled her gun, gave verbal commands and fired when the commands were ignored. She fired her handgun two times, striking Jean, the warrant said.

On the first responding officer’s body cam, Guyger’s key was still in the door and she pushed it open to show them where an injured Jean lie, the sources said. Jean was found in the living room – about 12 to 15 feet away from the front door.

Her heavy vest – the gear that officers carry to protect themselves against rifle rounds – was above his head as if she knelt down next to him to assess his injury and dropped her vest, the sources said.

Jean, an accountant, was later pronounced dead at a local hospital.

Two fired shell casings were just inside the doorway, which is consistent with her story that she fired from doorway, the sources said.

The floors and the units in the building all look the same. Investigators have found other tenants who have had random people walk into their apartment in the same manner, the sources said. 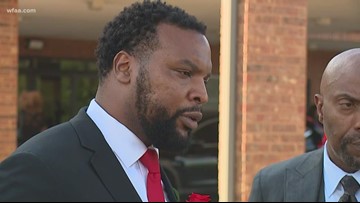 Last week, investigators with the Dallas County District Attorney’s office seized the door locks from both of their apartments and downloaded data from both door locks, according to inventory returns.

Investigators collected additional evidence from Jean’s apartment including conducting firearms trajectory measurements and gunshot residue from the doorframe and kitchen of Jean’s apartment. They also seized access logs and surveillance video for a two hour period on the night of the shooting, the returns show.

Lee Merritt, an attorney for Jean’s family, has claimed that two witnesses have contradicted Guyger’s account. He says they heard knocking at the door and a woman saying, “Let me in. Let me in.”

He said one of the witnesses heard gunshots followed by a man’s voice, saying, “Oh my god, Why did you do that?”

It’s still not clear if these two witnesses are credible.

But a neighbor who lives directly across the hall from Jean did not give that account to investigators. His interview was videotaped, the sources said. Investigators believe he was in the best position to hear what happened.

The neighbor told investigators that he heard an exchange of words and then immediate gunfire, according to an arrest warrant affidavit.

The sources also say that the neighbor did not hear anyone banging at the door. He also could not make out what was said between the male and female voice he heard.

The District Attorney’s office continues to investigate the Jean case and will eventually present it to a grand jury. Grand jurors could decide to choose to indict her for manslaughter, a second degree felony punishable by up to 20 years.

It is also possible that they could decline to indict her at all.

Guyger has since vacated her apartment.