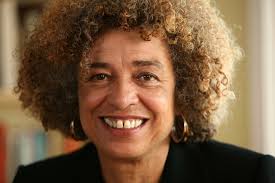 For the last half-century, civil rights activist Angela Davis and educator Jane Elliott have fought on the front lines to push forward the national conversation on race and racial justice. Now these social justice luminaries will take the stage together at the University of Houston for an intriguing conversation on race and privilege. The annual student-led Social Justice Solutions series, presented by the UH Graduate College of Social Work, invites activists, thought-leaders and the community to explore action-oriented strategies to affect social change.

A Conversation on Race and Privilege with Angela Davis and Jane Elliott will take place Thursday, Sept. 6 at 6-7:30 p.m. at Cullen Performance Hall. The conversation will be moderated by professor emeritus Jean Latting. The event launches the Graduate College of Social Work’s yearlong 50th-anniversary celebration. Tickets are no longer available, however a livestream is available.

“As a college of social work, we are committed to providing a community platform and leading important conversations. Three years ago, the Social Justice Solutions series began as a student-led initiative, and we are proud that, once again, our students took the lead by proposing a topic and inviting speakers that reflect the heart of social work,” said Alan Dettlaff, dean of the Graduate College of Social Work.  “As social workers, we have a responsibility to confront racism, discrimination and oppression. This is part of our values and is written in our code of ethics.”

Activist, educator and author Angela Davis has been deeply involved in the quest for social justice as a leader in the movement for economic, racial and gender equality. As the author of nine books, a persistent theme of her most recent work has been the range of social problems associated with incarceration and the generalized criminalization of those communities most affected by poverty and racial discrimination.

Jane Elliott is an internationally known educator passionate about challenging perceptions of what’s right and wrong when dealing with people’s differences. Elliott is best known for developing the controversial and startling “Blue Eyes/Brown Eyes Exercise” following the assassination of Martin Luther King, Jr. in 1968. The now famous exercise labels participants as inferior or superior based solely upon the color of their eyes and exposes them to the experience of being a minority.

“Race and privilege are social constructs at the core of so many issues we face in today’s society, including racial divide, police brutality and structural racism,” said Naiyolis Palomo, co-organizer and recent GCSW graduate.

“We need to come together as a community to foster equity, empowerment and social justice. With these two powerful women on the stage together, we can open a dialogue and create a plan moving forward,” said Shanquela Williams, co-organizer and recent GCSW graduate.

Who: Angela Davis and Jane Elliott

What: A Conversation on Race and Privilege with Angela Davis and Jane Elliott

The University of Houston is a Carnegie-designated Tier One public research university recognized with a Phi Beta Kappa chapter for excellence in undergraduate education. UH serves the globally competitive Houston and Gulf Coast Region by providing world-class faculty, experiential learning and strategic industry partnerships. Located in the nation’s fourth-largest city and one of the most ethnically and culturally diverse regions in the country, UH is a federally designated Hispanic- and Asian-American-Serving institution with enrollment of more than 45,000 students.