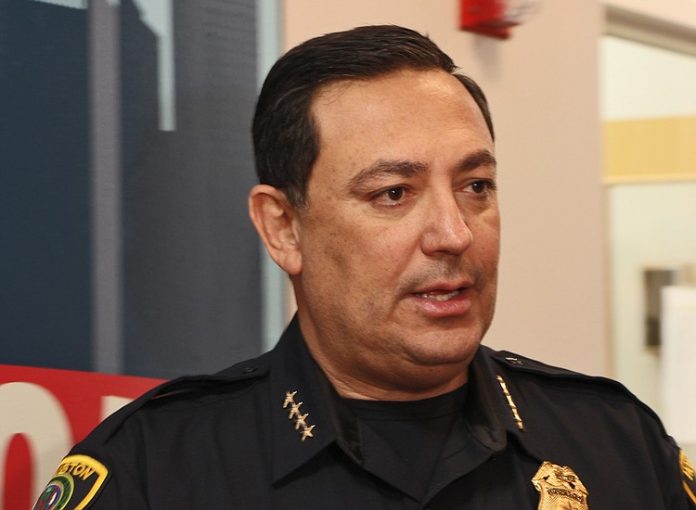 According to HPD, the department –along with other law enforcement partners— arrested more than 650 human traffickers and over 350 people who requested or consumed the services of people trafficked in Houston in 2018.

“Our number one force multiplier is the community itself,” said Acevedo during a press conference at HPD’s headquarters in downtown Houston. “We cannot do it alone, we need 2.4 million people in the city of Houston to be vigilant and we need close to seven million in this Greater Houston region to be vigilant,” he added, while underscoring that Texas –along with California and Florida— is one of the states most badly hit by this kind of crime.

The HPD chief explained that part of the difficulty of investigating human trafficking cases is the fact that Houston is a large metropolitan area –669 square miles, according to the City— with a big population –about 2.3 million residents in 2017, according to the U.S. Census Bureau—.

Ruben Perez, Special Crimes Bureau Chief at the Harris County District Attorney’s Office, noted that victims of human trafficking who cooperate with prosecutors can be granted continued presence, which means they are allowed to stay for at least one year in the United States.

After that, in some cases, they can receive a T visa, which allows them to stay another three years and they may subsequently be granted permanent residency in the country.