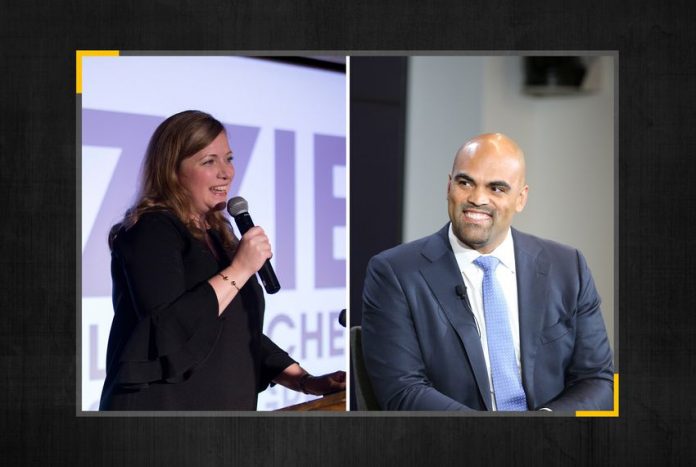 With the U.S. House of Representatives preparing to move forward with a formal impeachment inquiry, all 13 Texas Democrats in the Congress have indicated that they are open to impeaching President Donald Trump.

Six Texans jumped on board Tuesday after recent reports that Trump asked the Ukranian president to investigate the business activities of Hunter Biden, son of Democratic presidential frontrunner and former Vice President Joe Biden. Those Texans were U.S. Reps. Colin Allred of Dallas, Lizzie Fletcher of Houston, Sylvia Garcia of Houston, Eddie Bernice Johnson of Dallas, Marc Veasey of Fort Worth and Henry Cuellar of Laredo. Some stopped short of calling for Trump to be impeached immediately but indicated that they would back it if a House investigation proves it’s needed or if a whistleblower’s complaint about the president isn’t turned over to Congress soon.

“No one is above the law — not even the occupant of the highest office — and that is why I support moving forward with an impeachment inquiry,” Veasey said.

Cuellar, one of the more moderate members of the House, was the last Texan join in. On Tuesday, he released a statement that described the need for investigations to continue but stopped short of calling for impeachment.

“In the history of the U.S. House of Representatives, we have only impeached two presidents,” he said. “This is not a process that should be taken lightly and any actions should follow the facts and the evidence.”

Soon after, he sent out an updated statement that added a sentence: “However, no one is above the law and if investigations prove that impeachment is the necessary course of action, then I will be forced to act on impeachment proceedings.”

Many who supported the idea of impeachment Tuesday said it should happen if Joseph Maguire, acting director of national intelligence, continues to refuse to release to Congress — as is mandated by law — a whistleblower complaint about Trump reportedly asking Ukrainian President Volodymyr Zelensky to investigate the son of his political rival.

Maguire is scheduled to appear in an on open hearing before the House Intelligence Committee later this week.

“This Thursday, when the Director appears before the House Intelligence Committee, I expect that he will comply with the law and turn over the complaint to the Committee,” Allred said in a statement. “If he does not, and this Administration continues to violate the law and obstruct Congress’s constitutional duty, I will be forced to conclude that the only remaining option is for the House to begin impeachment proceedings.”

The decisions by Allred and Fletcher to back the idea of impeachment are particularly notable, given the swing seats they occupy. Both were elected in 2018, winning seats that had long been held by Republicans, and both are GOP targets in 2020.

Fletcher wrote in her statement that the president’s actions “represent a gross abuse of power and an abuse of the trust we the people have placed in the Office of the President.”

Meanwhile, Garcia, another freshman Democrat, said she is “leaning toward impeachment.”

“This outrageous ignoring of the law regarding the whistleblower complaint may be the last straw for me,” she said. “If we don’t get the complaint as the law says we should, then I do think it’s time for us to hold them in contempt or move forward with the articles with the facts we know.”

The calls in Texas have coincided with a broader cascade of support for impeachment among Democrats nationally. Before this week, House Speaker Nancy Pelosi has pushed back against previous impeachment efforts in order to protect members like Allred and Fletcher. But on Tuesday afternoon, she announced plans to move forward with the inquiry.

Republicans, meanwhile, immediately went on the offensive against Allred and Fletcher. In separate emails, National Republican Congressional Committee spokesman Bob Salera argued that the two members are voting against the wishes of their constituents.

“Instead of working for Texans, Lizzie Fletcher and her deranged socialist colleagues have let their obsession with impeaching President Trump take over,” he said in one statement. “Fletcher’s decision to ignore her constituents and support impeachment will mark the end of her short, unaccomplished political career.”

No Texas Republican members have called for impeachment or are publicly floating the notion. U.S. Sen. John Cornyn downplayed the firestorm Tuesday morning, tweeting that “this is all about politics.” Cornyn, as a senator, would not vote for impeachment, which is a House action. Instead, the Senate is the place where an impeached official faces trial and possible removal from office. At this point, GOP senators have shown no interest in convicting Trump if the issue makes it to the chamber.

The state’s two Republican senators — Cornyn and Sen. Ted Cruz — both voted for a Senate resolution, which passed unanimously, calling for the whistleblower complaint to be given to the intelligence committees.