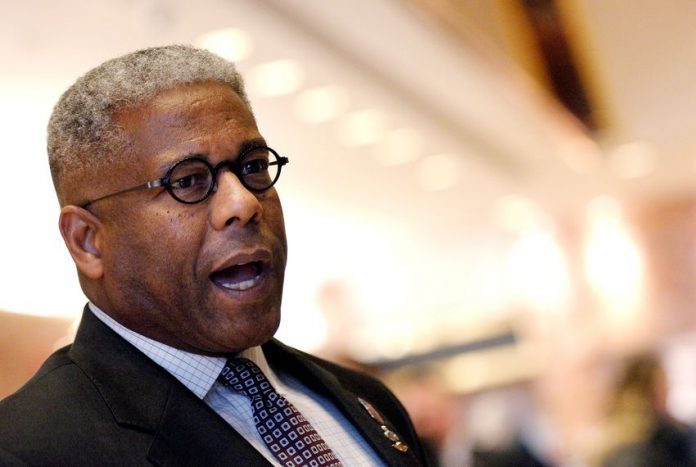 “I’m jumping back into this fray,” West said in a Facebook live Thursday. “We need to have strong, principled voices — constitutional conservatives.”

Delegates are scheduled to elect the next state party chair at the Texas GOP convention in May 2020.

In July, West told supporters he was exploring a run for the position. Afterward, Dickey, who has served as chair since 2017, said he was running for reelection — and stressed the importance of party unity ahead of a competitive election cycle.

In his Thursday announcement, West ticked through a number of priorities he plans to champion during his bid. He noted he wants to “strengthen our families,” to “stand up for life” and to secure the U.S.-Mexico border, among other things.

West also nodded to the drama hanging over the Texas House — and reiterated his belief that House Speaker Dennis Bonnen, R-Angleton, needs to step down amid allegations that he offered media credentials to a hardline conservative group in exchange for politically targeting fellow GOP members in the lower chamber.

“When I think about Bonnen and [state Rep. Dustin Burrows],” West said, “you need to step aside, to let us do what’s right.”

The issue of Bonnen could end up as a major sticking point in the race for party chair. For the past few weeks, Texas Republicans have grappled with how to handle the allegations.

Some Republicans have called on Michael Quinn Sullivan, the CEO of Empower Texans who secretly recorded his June meeting with Bonnen, to just release the audio for transparency reasons. A number of others, meanwhile, have called on Bonnen to resign.

Dickey, meanwhile, has taken a more measured approach, which has drawn criticism from some party activists. At the beginning of the month, Dickey said in a statement on Facebook that the process for how to handle the issue “must begin with all the facts known.” Once that happens, he wrote, GOP voters, delegates and party precinct chairs could decide which steps to take. Dickey clarified in the comments below his post that releasing Sullivan’s entire audio “is the only way to transparency.”