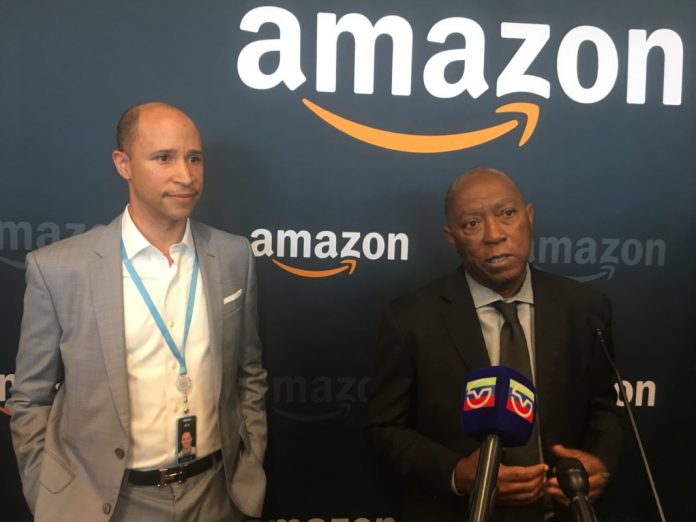 The Bayou City didn’t get the online retailer’s second headquarters, but it’s now one of 18 cities with an Amazon tech hub.

The one here is Amazon Web Services, or AWS, which helps companies with their digital and cloud needs.

It’s located at Citycentre, where the Katy Freeway meets Beltway 8.

At the grand opening, Mayor Sylvester Turner said having this new hub shows the city has progressed after failing to get “HQ2.”

“I mean the very fact that we’re here today and they’re opening this tech center indicates that it’s a win-win for both Amazon and the city of Houston,” he said.

The mayor also called the opening “a leap” forward in Houston’s effort to become a top tech innovation city.

“Quite frankly, you can’t have a strong ecosystem without having a strong presence by Amazon,” Turner said. “The very fact that they are expanding their presence here in the city speaks volumes.”

“If you think about the talent we have here in the city, the innovation that’s taking place, I mean it’s really one of the best cities in the world,” he said. “So that’s one of the key reasons that we’re investing heavily in Houston and continue to expand.”

Houston is the third city in Texas to get an Amazon tech hub after Austin and Dallas.