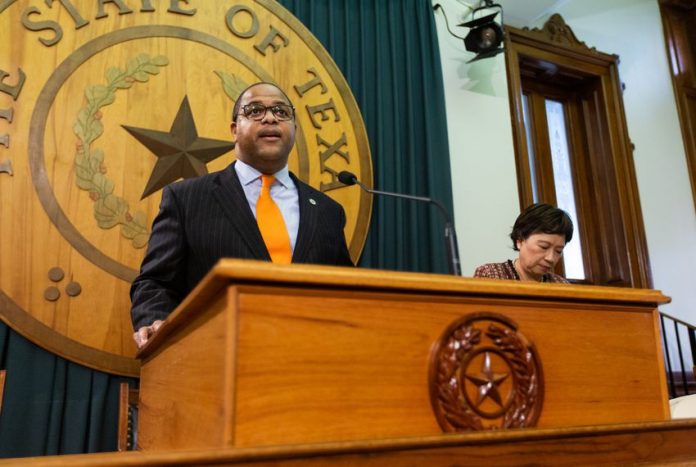 A Dallas lawmaker says he plans to file a bill this week that would take away elected officials’ power to influence whether low-income housing is built in their cities or Texas House districts. That vow comes after officials there have faced criminal charges for their involvement in such projects.

The coming legislation is expected to take aim at how the Texas Department of Housing and Community Affairs determines whether a low-income housing development qualifies for crucial federal tax credits. Under current state law, one criterium that’s considered is letters from elected officials representing the area where the development would be built. A positive letter adds points and a negative letter subtracts points, with city and state officials able to affect different amounts of points.

Democratic State Rep. Eric Johnson said the system has created a temptation for elected officials to accept bribes from development companies that seek to secure tax credits. His predecessor in the House district, Terri Hodge, went to prison for tax evasion related to bribes she received from a development company for, among other things, supporting an affordable housing development.

Last week, former four-term Dallas City Council member Carolyn Davis pleaded guilty to accepting more than $40,000 in bribes from a real estate developer in exchange for her support of a low-income housing project seeking tax credits. Amerisouth Realty Group founder and CEO Ruel Hamilton is accused of paying the alleged bribes and has been indicted. His attorney told The Dallas Morning Newsthat Hamilton was set up by federal prosecutors and will plead not guilty.

“Affordable housing tax credit has become the mother’s milk of political corruption in Dallas,” said Johnson, who is running for Dallas mayor but said his bill isn’t related to his mayoral ambitions.

The plea documents state that Davis actively sought the bribes — $11,000 in cash allegedly from Hamilton, plus $29,500 allegedly funneled through an intermediary nonprofit — and was promised a consulting contract once her City Council term ended. In return, she voted for a $2.5 million Dallas Housing Finance Corporation loan to fund the Royal Crest housing project and also helped the project through her role as chair of the Dallas Housing Committee, according to a statement by the U.S. Attorney’s Office for the Northern District of Texas.

Davis faces up to five years in federal prison. If proven guilty, Hamilton faces up to 20 years.

“Fighting corruption is not a partisan issue; it is about what is right for Texas,” Johnson said at a press conference Monday.

He was joined by state Rep. Angie Chen Button, R-Richardson, chair of the House Urban Affairs Committee, who said this is an issue both parties are working on.

Earlier this year, Button filed her own bills aimed at changing how elected officials influence certain low-income housing projects. House Bill 1973 would make letters from state representatives relevant only if the development was built in an unincorporated part of an urban area. House Bill 2943 would remove state representatives’ input from the scoring process for tax credits — but would still allow them to weigh in if they wish.

Charlie Duncan, advocacy director for the Texas Low Income Housing Information Service, said Johnson’s bill would be a “step in the right direction” because it would bring Texas closer to federal criteria regarding low-income housing developments. Federal law only requires a city’s mayor to be notified about a proposed development and allows for community input.

“The political input should be for creating the rules, for laying out the criteria that we use to govern this program,” Duncan said. “And then you sit back and let the [housing] agency do its work with those rules that have been informed by the public.”