DefenderNetwork.com
Home NEWS Local & State Another transgender woman of color has been found dead in Dallas 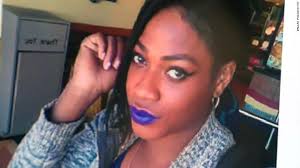 Dallas police urged people to “stay vigilant” after the killing of another black transgender woman — the latest in a string of unsolved slayings involving transgender victims of color in the city.

The body of 26-year-old Chynal Lindsey was pulled from White Rock Lake on Saturday. Investigators didn’t reveal the cause of death, but police said there were “obvious signs of homicidal violence.” Police said they asked the FBI to help investigate.REAL LIFE. REAL NEWS. REAL VOICES.Help us tell more of the stories that matter from voices that too often remain unheard.Support HuffPost

Less than two weeks ago, 23-year-old Muhlaysia Booker, a black transgender woman, was found shot to death less than a mile from where Lindsey’s body was recovered, CBS News reported. Booker made national news a few weeks earlier after a disturbing video showed her being assaulted by a group of men in a Dallas parking lot.

Dallas police Chief Reneé Hall said at a news conference on Monday that city and federal investigators would look into whether the two slayings were linked.

“The Dallas Police Department has reached out to the FBI because as we know this is the second individual who is transgender who is deceased in our community,” she said, according to The New York Times. “We are concerned ― we are actively and aggressively investigating this case and we have reached out to our federal partners to assist us in these efforts.”

Asked whether a serial killer was on the loose, Hall urged caution.

“Right now we don’t have the evidence to substantiate that,” the chief said. “But what we are asking each and every one of our community members is to stay vigilant.”

The FBI was “prepared to assist” Dallas police if “information comes to light of a potential federal civil rights violation,” a spokeswoman told ABC News.

Dallas police are now investigating at least four unsolved homicide cases involving transgender women of color since 2015, CNN reported. In addition, a transgender woman’s remains were found in a field in 2017 in what police say was an “unexplained death,” according to the Times.

“Right now is a really scary time,” Lou Weaver of LGBTQ advocacy group Equality Texas told the paper. “We literally just celebrated the life of Ms. Booker last week and on Saturday night they find another transgender woman whose body has been left in a marshy area.”

“People are afraid. We’re wondering if someone is targeting the transgender community,” Weaver said.