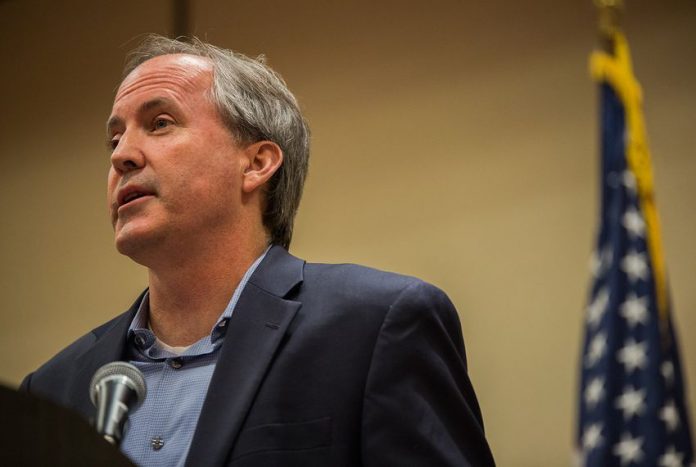 The morning of Oct. 2, 2017 was not the first time that India Landry, a senior at Windfern High School outside Houston, refused to stand when the Pledge of Allegiance came on over the intercom.

The protest had gotten her kicked out of her English class five times; her law teacher told her she was disrespectful, according to a 2017 lawsuit. But on that October morning, when the then-17-year-old refused to stand, she was expelled.

Landry, who is black and had sat through the daily Pledge of Allegiance some 200 times as a form of protest, was sitting in the principal’s office that morning when the pledge rang through over the intercom. When she failed to stand, court documents allege, Principal Martha Strother told her, “Well, you’re kicked outta here.”

“This is not the NFL,” the principal’s secretary told her, according to court documents.

That expulsion — which a court filing says was reversed days later with little explanation — has sparked a legal battle that this week expanded to include Texas Attorney General Ken Paxton, who intervened in the case on Tuesday.

As tensions mount nationally over football players who kneel during the national anthem at televised games, the issue has become a new front in Texas’ culture wars. Randall Kallinen, Landry’s lawyer, is representing two Houston-area students who say administrators punished them after they after they sat through the pledge as a form of protest protest. Landry and Kallinen argue that a state law requiring students to stand for the pledge of allegiance violates her First Amendment right to free speech. The district declined to comment on pending litigation.

The Texas Education Code states that schools “shall require students, once during each school day at each campus,” to recite the Pledge of Allegiance. But it also directs schools to “excuse the student” from reciting the pledge “on written request from a student’s parent or guardian.”

The teenager’s mother, Kizzy Landry, was supportive of her daughter’s protest, Kallinen said, though the lawyer could not recall whether she had filed a written statement with the school.

In any case, Kallinen argues in court documents, the principal “said that sitting was disrespectful and would not be allowed.”

The law, Kallinen argues, violates students’ free speech rights even though it offers parents the chance to opt out.

“Let’s say that there’s a law passed that students have to donate organs unless their parents say no,” he offered as an extreme example. “That would be unconstitutional no matter what the parents say.”

It’s standard practice for Paxton’s office to defend a state law from a constitutional challenge. But Paxton, who is up for re-election in November, is treading carefully among several thorny political issues: free speech rights, parental involvement in their children’s education, and the opposition to NFL players — and anyone else — perceived to be protesting the flag or the country’s anthem.

A recent poll from Quinnipiac University found that 54 percent of Texas likely voters “disapprove” of NFL players who kneel during the anthem.

Paxton said in a statement Tuesday that “school children cannot unilaterally refuse to participate in the pledge.”

“Requiring the pledge to be recited at the start of every school day has the laudable result of fostering respect for our flag and a patriotic love of our country,” Paxton said. “This case is about providing for the saying of the pledge of allegiance while respecting the parental right to direct the education of children.”