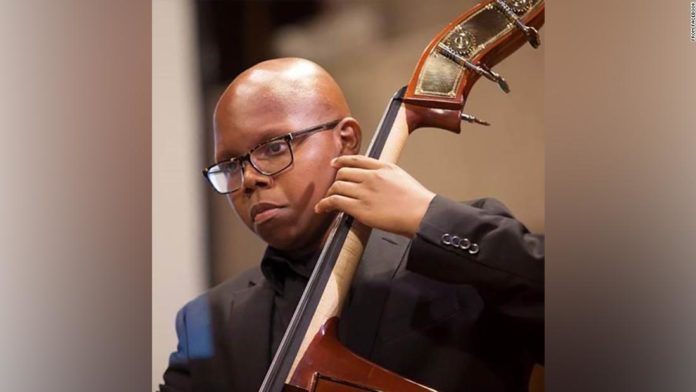 A vigil was held March 27 to honor Draylen Mason, the promising and talented 17-year-old bassist who was tragically killed by a packaged bomb in Austin on March 12.

Hundreds of folks gathered and celebrated Mason at East Austin College Prep, the school where he was finishing his senior year as he prepared to go to college, the Austin American-Statesman reported. He had been accepted into the Texas’ Butler School of Music and the University of North Texas.

Mason, who also didn’t know it at the time of his death, had earned admission to the prestigious Oberlin Conservatory of Music in Ohio, CNN reported.

Gatherers paid tribute to Mason with words, music, dance, photos and videos, the Statesman reported. Stories of the gifted young man were shared, and Mason’s friends spoke about the great times that they had with him.

Mason was a “force,” Jacqueline Vidal, a history teacher who taught Mason since he was in seventh grade, said. He was one of the reasons why she made it through her first year as an educator, she added.

Authorities are still trying to piece together why suspected serial bomber Mark Anthony Conditt took lives and injured several others in a heinous series of bombings from March 2 to 21. Mason, along with Anthony Stephan House, a 39-year-old African-American husband and father, were killed in the bombings that plunged the capital city into terror.  Conditt committed suicide by an explosive device on March 21 as police officers closed in on him.

Two of Conditt’s roommates, one of which was African American, were taken into police custody and eventually released. One, who was not publicly identified, is still being questioned by police as a person of interest in the case, CNN reported.