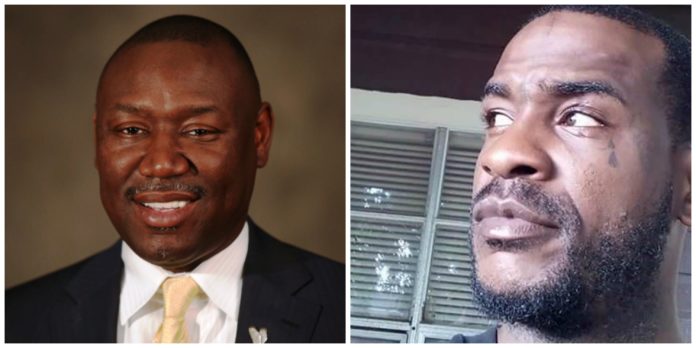 Harris County deputy Cameron Brewer shot and killed Thomas on March 22 about 20 seconds after he saw Thomas and another man struggling in a busy intersection. When the deputy got out of his car and yelled, the 34-year-old, who had a history of mental illness, approached Brewer, unarmed and with his pants around his ankles. Brewer filed a single shot, according to video from Brewer’s dashboard camera.

The shooting garnered national attention, occurring within a week of Sacramento police killing of Stephon Clark, an unarmed Black man in his grandmother’s backyard, and Louisiana officials declining to pursue criminal charges against officers in the high-profile shooting death of Alton Sterling. Thomas’ family say he was “obviously in a state of crisis of some kind.” Two of Thomas’ children were killed by their mother in 2016, according to his sister, Kita Thomas.

“We’ve been suffering our whole life,” Kita Thomas said at a recent “No More Blood Shed” town hall meeting. “Do you hear me? That was my world, and he was taken from me…I need for you to bring justice for my brother.”

Crump, who is also representing the family of Stephon Clark, has partnered with Hilliard to pursue justice on behalf of Thomas and his family. Hilliard recently argued against the U.S. border patrol’s deadly force policies at the U.S. Supreme Court when a 15-year-old Mexican national was gunned down at the border.

In 2017, Texas law enforcement officers injured or killed 158 people in shootings, according to data from the attorney general’s office. A quarter of the shootings involved a Black individual, and 16 percent of the injured or killed were unarmed.