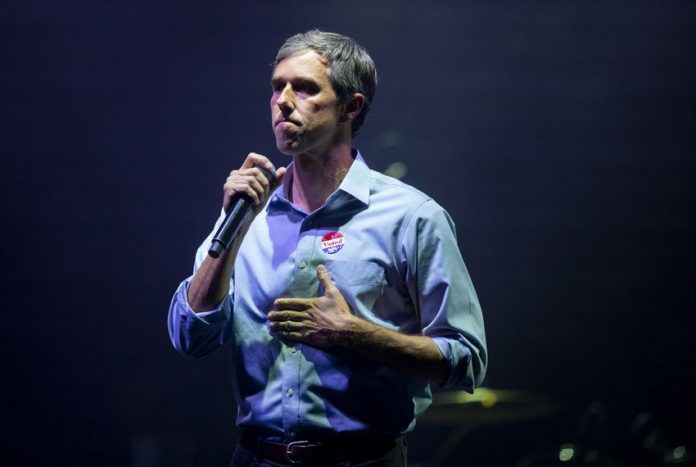 “Yes,” O’Rourke said. “Absolutely, I would sign that into law.”

O’Rourke was speaking at the National Action Network convention in New York, where Rev. Al Sharpton asked him whether he would support a bill from Rep. Sheila Jackson Lee (D-Texas) to create a commission to study and develop reparations for the black community.

Other candidates, including former Housing and Urban Development Secretary Julian Castro and Sen. Cory Booker (D-N.J.), have also expressed support for reparations in some form, while Sen. Bernie Sanders (I-Vt.) has declined to endorse the idea.

O’Rourke’s comments on Wednesday represent his clearest statement yet on the reparations question, although he did not say whether he actually supports the idea ― only that he would support a commission to study it. The former congressman has faced criticism for sidestepping the issue since he announced his decision to run for president last month. He appeared to joke about it Wednesday, saying, “I appreciate the woman [in the crowd] who asked me to say yes or no.”

During an appearance at the University of South Carolina in March, an attendee asked O’Rourke: “Why should I, as a black man, vote for you when you oppose reparations?”

“I’m just beginning to understand the challenges people face, and the need for reparations and repair,” O’Rourke said then.

Before he was asked about reparations on Wednesday, O’Rourke delivered a racially focused speech to the crowd, highlighting his opposition to the war on drugs, the country’s cash bail system and for-profit prisons.

He said his thoughts on reparations have been inspired by recent interactions with Bryan Stevenson, executive director of the Equal Justice Initiative in Montgomery, Alabama.

O’Rourke was the first of more than 10 presidential candidates scheduled to speak at the National Action Network convention. Harris, Warren, Booker, Castro and Sanders are among the other attendees.