DefenderNetwork.com
Home NEWS Local & State Beto O’Rourke’s out, but he still casts a shadow on the 2020... 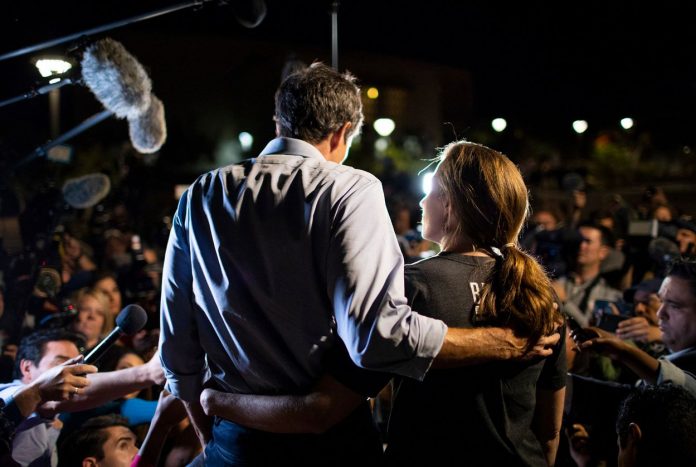 Ignore Beto O’Rourke’s misbegotten presidential campaign for a moment, and give the El Paso Democrat his due: He is the reason Texas Democrats are hopeful and Texas Republicans are worried.

Don’t take this as any kind of endorsement, either — it’s just recognition of the jolt his surprising finish in the 2018 U.S. Senate election had on the Texas GOP’s hold on state politics.

You know the drill: No Democratic statewide wins since 1994, Republican control of both houses of the Legislature since 2003, increasing wins in many county offices and so on. In 2018, the Democrats won a couple of seats in Congress that the Republicans never expected to lose. One was John Culberson’s Houston loss to Lizzie Pannill Fletcher. The other, where the winner was Colin Allred, offered up a sign of the kind of election it was. Allred flushed Pete Sessions, who held the district for 22 years, right out of Dallas. This year, he has declared his candidacy for a district that runs from Waco to Bryan — well south of his old stomping grounds.

The Democrats wrested a dozen seats from the Republicans in the Texas House in 2018, too, when most of the smart kids were saying they might win 5 or 6. You can credit that to hard work, good candidates, enthusiastic like and dislike for President Donald Trump, high voter turnout or whatever else you can think of. You’ll be right, in part.

But you won’t be right if you leave out the race at the top of the 2018 ballot, and what it meant in the statewide races below it.

Texans started their 2018 general election voting with that top race, where U.S. Sen. Ted Cruz was trying to win his first reelection, just two years after flaming out at the end of the 2016 Republican primary against Trump. Cruz ran a good presidential race. He made it to the last lap. But he irritated Republicans with his initial “principled” refusal to support the nominee, and then with his decision to turn around and support him. Republicans who like him and Republicans who don’t found that irksome at the time.

In 2018, Cruz also had all those Democrats to contend with — voters who knew less about him in his first 2012 race for U.S. Senate against former state Rep. Paul Sadler than they knew about the national and divisive conservative who was seeking a second term in 2016.

In O’Rourke, he drew another unknown opponent from a field of unknown Democrats. The challenger served on the El Paso City Council and for three terms in Congress, but was a new name in most of Texas. That’s a familiar characteristic for Democrats challenging the Republican juggernaut in Texas: Candidates with bigger names have often been too scared to run, and the political small fries who do run can’t pull together enough money or attention to do real damage to incumbents with big campaign accounts.

But 2018 was different. A large number of Texas voters were looking for alternatives to Cruz. O’Rourke had a plan to get around the Democratic notoriety problem: He made a show of visiting each of the state’s 254 counties, exploited social media for attention and fundraising and went from small fry to an $80 million campaign that finished 2.6 percentage points behind Cruz.

So why does a loser in a high-profile and expensive race get all the hype O’Rourke attracted?

Because he turned Democrats on and made Republicans nervous.

After Cruz and O’Rourke on the ballot came the congressional races, with those two surprising Republican losses. The governor won his race by more than 13 percentage points. Solid. But incumbent Lt. Gov. Dan Patrick, Attorney General Ken Paxton and Agriculture Commissioner Sid Miller each won with margins under five percentage points.

And after finishing with those statewide races, voters moved on to those legislative races and sliced away at the Republican majority. The first result of that election was a legislative session led by Republicans touting bread-and-butter issues instead of another helping of red meat.

The second? A Democratic effort, with rare national money attached, to win more congressional and legislative seats in 2020 — in the hopes of having more influence on new political maps that will be drawn in 2021 and used in the next decade’s elections.

They used to dream about stuff like that. Now they’ve got battle plans. And O’Rourke’s failed run for U.S. Senate is a big reason.