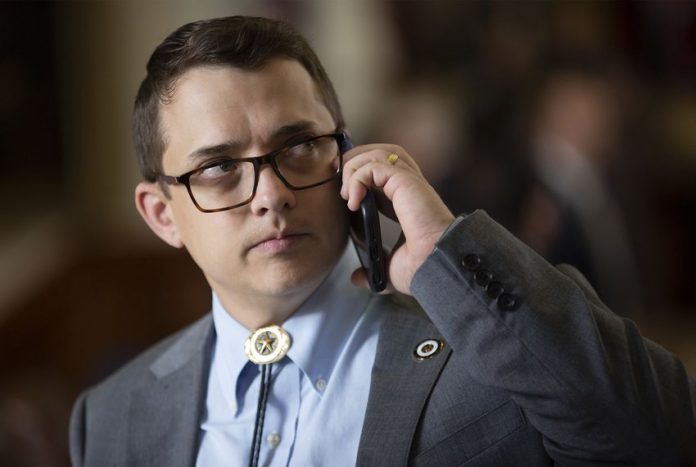 Republican state Rep. Briscoe Cain doubled down Saturday on a controversial tweet that many saw as a death threat against Democratic presidential candidate Beto O’Rourke.

“I don’t regret it. I just checked Twitter again, and I still can’t use it,” Cain said at The Texas Tribune Festival in Austin, where he was speaking on a panel about millennials’ involvement in politics.

“It was good for both of us,” Cain added. “I trended [on Twitter]. I increased my name ID. It is what I believe. I don’t regret it at all.”

The controversy began when O’Rourke, a former congressman from El Paso, called for a mandatory buyback program for assault weapons at a Houston presidential debate earlier this month — not long after mass shootings in Odessa and his hometown.

Cain then tweeted, “My AR is ready for you.”

The comment, which prompted Twitter to temporarily suspend Cain’s account, immediately garnered thousands of responses from people who criticized the politician’s incendiary language. His comments followed an El Paso massacre in which a white gunman used an AK-47 to shoot and kill Hispanics in a Walmart.

Cain has said his tweet was just another version of the Texas motto “come and take it,” born out of the Texas Revolution.

On Saturday’s panel, state Rep. James Talarico, D-Round Rock, said he considers Cain a friend but thought the tweet was a serious mistake. “When Twitter says you’re out of bounds,” Talarico said, “how far from the path have you strayed?”

Cain said he could see why some people would interpret his tweet as a threat but said he’s actually the one who feels threatened.

“The threat was actually by the former congressman,” he said, “that he’s threatening to take my property.”