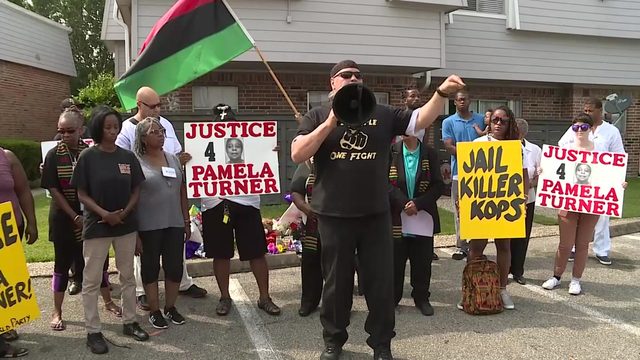 The National Black United Front held a vigil over the weekend for Pamela Turner alongside mental health professionals.

The vigil was held at The Brixton Apartment, where Turner was shot and killed by a Baytown police officer after officials said Turner used a taser on the officer when he tried to arrest her.

The community activist group demanded justice for Turner and is requesting that members of the community participate in the officer-involved shooting to ensure a fair investigation.

Mental health professionals handed out flyers to tenants at the apartment in order to increase awareness on services available for those with mental health issues.

Family and friends of Turner said she had mental health issues.

The Baytown officer involved in the shooting has been placed on paid administrative leave pending the outcome of the investigation.